Swedish Rasmus on the warpath with Azerbaijan Investigation by Caliber.Az

For many residents of the post-Soviet space, Scandinavia is perhaps one of the most attractive regions in terms of socio-economic development and peace, not only in the Old World but probably in the entire world. High wages, pensions, social benefits, and, of course, the standard of living, make Scandinavian countries the best places to live. However, despite their high standard of living and economy, the Scandinavian states (some of them even being members of NATO) have managed to keep distant from the world centres of power, such as Brussels and Strasbourg, isolating themselves from the most important political processes in the world.

However, despite this, an active PR campaign against Azerbaijan has been carried out from quiet Scandinavia in recent years. To be more exact - from Stockholm-based Blanskpot. This outlet firmly holds the first place among those who wage information attacks against Azerbaijan. We will not go far for examples and proof, and invite the readers to enter the name of the publication in the Google search engine - Blankspot.se. Out of 391 thousand results, Azerbaijan is in third place. The readers who know the algorithm of search engines will understand what is going on. Let's explain: the most important pages of the site come out at the beginning of the search, and in the case of Blankspot.se we see that this site has dedicated more than a dozen materials to our country.

Almost all of them are provocative and fake. Offhand, we immediately found 43 articles of a similar nature.

What is the reason for Blankspot.se's "reverent" attitude toward Azerbaijan?

The reason is the editorial staff of this media outlet, which included a certain Rasmus Canbäck. He repeatedly visited the then illegally occupied territories of Azerbaijan. Most of the anti-Azerbaijani publications on Blankspot.se were written by this journalist. What did he not like about Azerbaijan? To answer this question, we have to go back a few years.

Alexander Arzumanyan was a minister of foreign affairs in Armenia under Levon Ter-Petrosyan. Then the "Karabakh clan" initiated a criminal case against him over the March 1, 2008 events, which, however, did not prevent Serzh Sargsyan from appointing him as the ambassador of Armenia to Denmark in 2017. Under the new government, Arzumanyan was also appointed as the ambassador of Armenia to Sweden while serving as ambassador to Denmark and Norway. According to the information received by Caliber.Az, while working in Denmark, Arzumanyan got acquainted with the Danish citizen Canbäck. Upon the recommendation of the NSS, the Armenian ambassador involved the journalist in close cooperation on a paid basis. The journalist was soon infiltrated into the Swedish media field and started to produce anti-Azerbaijani materials (and the press centre of the National Security Service, but now under the name of Canbäck). According to our information, Canbäck's "work" is generously paid not only by the Armenian embassy in Sweden but also by Gevorg Nalbandyan, the owner of GN Tobacco Sweden.

As you know, the financial transparency of individuals and legal entities is strictly controlled in the West. Our "hero" Rasmus declares an annual income of no more than EUR 20,000. This small (by the standards of Scandinavian countries) sum nevertheless allows him not only to live comfortably in Sweden, but also to travel to Karabakh illegally and publish a book about Armenians and their claims to Azerbaijani territories. We will talk about the trips to Karabakh below, but let us highlight the fact that at one-week intervals, Canbäck, financed by the Armenian side, published several dozens of fake anti-Azerbaijani articles on Blankspot. Moreover, most of his subscribers on social networks are of Armenian origin. According to information from Canbäck, the journalist himself boasted to his acquaintances that oligarch Nalbandyan contractually ordered him at least two anti-Azerbaijani publications a month, and paid him to monitor the activities of the Azerbaijani Embassy in Sweden and put pressure on the partners of the Azerbaijani diplomatic mission.

Now let's talk about his trips to Karabakh. As he indicates on his Twitter page, the Danish-Swedish journalist made his first trip to the then-occupied Karabakh region of Azerbaijan in 2016. The second one was in 2017. The third in 2019. "I rented a car to be able to travel more freely and stayed a little longer. The previous two trips made me explore more of the aftermath of the war. I went to the outskirts of Aghdam (yes, not safe), Martakert (Aghdara - ed.) and met with people," he wrote.

Canbäck's fourth trip took place in 2021. "After months of planning, I managed to get funding from a soccer magazine, a book contract and a little journalistic work for a trip to Karabakh. In March, I went to Stepanakert (Khankendi - ed.) to work with photographer Areg Balayan. We visited Tagaverd, Martuni (Khojavand) and Martakert (Aghdara)," he tweeted.

The last thing he wrote should be remembered. Some of the readers may object, saying that we are impugning an honest journalist, who simply wants to write about Karabakh without prejudice. Initially, the Azerbaijani side was not sure about Canbäck's work for Armenia on a fee basis either. It is known that after the liberation of Karabakh, Baku has been organizing visits of foreign journalists, and public, political, and cultural figures to the liberated territories in order to familiarize them with the results of the Armenian occupation. A group of Swedish journalists was also offered to visit Karabakh, including Canbäck. "After all, if someone wants to cover the conflict unbiasedly, he has to take into account the opinions of both sides," Azerbaijani people naively believed. However, Canbäck not only refused to go but also committed a petty and unethical act - he published the invitation he received from the Azerbaijani diaspora in Sweden and condemned those of his colleagues who had agreed to go to the Karabakh region of Azerbaijan. "How is it possible? - He was indignant. - Journalists can travel to conflict zones either at the editorial board's expense or at their own expense to have their hands untied when writing a report. But here, Azerbaijan paid for the whole trip." It is quite a strange position. If a Scandinavian journalist is not biased against one side of the conflict, he should visit both sides of the recent conflict to form first his own, and then his readers' objective opinion.

But Rasmus went to ridiculous fabrications, forgetting what he had written earlier: "After months of planning, I managed to get funding from a soccer magazine, a contract for a book and some journalistic work for a trip to Karabakh." How many soccer or sports magazines do we know of that are willing to pay for a journalist to travel to write a politically-charged report from Karabakh? There is an attempt to disguise the trip paid for by Armenians as an "order for a soccer magazine". And this "magazine" is not a poor one if we consider that the hero of this story rented luxurious rooms both in Armenia and in Khankendi, and took his wife with him on trips. A 20,000 euros annual income, according to the declaration? A soccer magazine?

At the same time, he stubbornly denies close ties with the Armenian lobby and special services. When in November last year, Rasmus initiated a storm in a glass regarding the invitation of a group of Swedish journalists to Azerbaijan’s Karabakh region, a cartoon appeared online showing him taking money from the Armenian lobby with one hand and giving some of it to Blankspot with the other. The hint is more than obvious, but comments of Armenian users immediately appeared under the cartoon, who started to whitewash their "idol," painting him as "an indomitable fighter against Azerbaijani propaganda."

Why did the Armenian special services initially turn their attention to Canbäck as a promising target? People who know the journalist describe him as a rampant Islamophobe, and that's why he once attracted the attention of Alexander Arzumanyan and Gevorg Nalbandyan. Meanwhile, as we were told by informed sources in Sweden, the very publications with anti-Azerbaijani content he publishes at the expense of Armenians maintains contacts with the Russian special services (at least before the Russian war against Ukraine). Here it is enough to note that Blankspot chief Martin Shibby was previously active in the "Revolutionary Communist Youth," an organization that is closely connected with the Russian security services. However, Canbäck himself often mentions that he began to study the Russian language and culture in order to "better understand the conflicts in the post-Soviet space". Or to better understand the orders of his Armenian and Russian handlers from special services of Armenia and Russia?

So that's how we get a patchwork of a pro-Russian and anti-Azerbaijani Swedish publication and a pro-Armenian "truth-teller" journalist. However, if in such difficult conditions, in which both Russia and Armenia find themselves today, their representatives cannot find a better use for their already meagre finances, then this, of course, should worry us the least. As they say, any folly for your lolly. 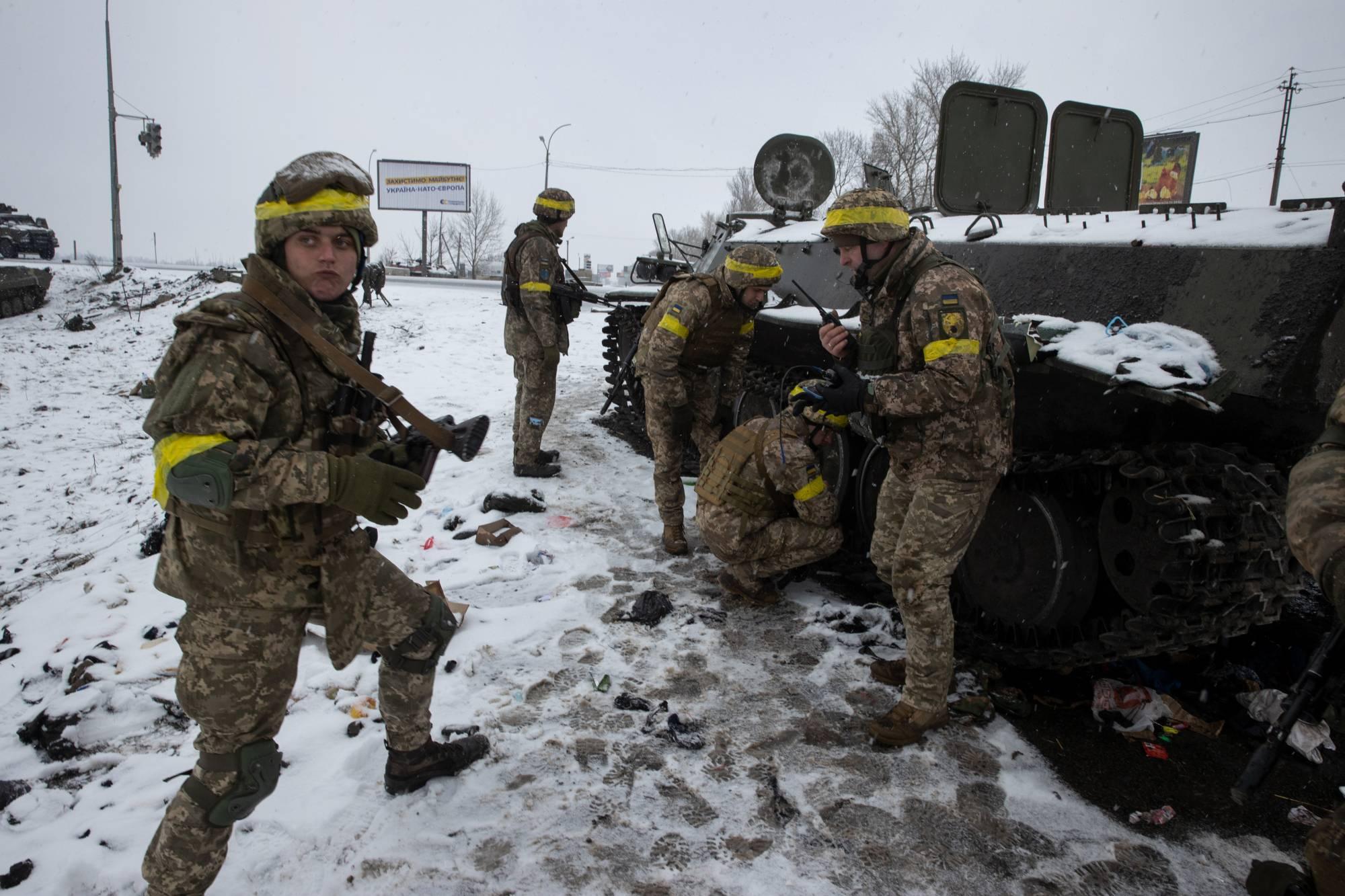 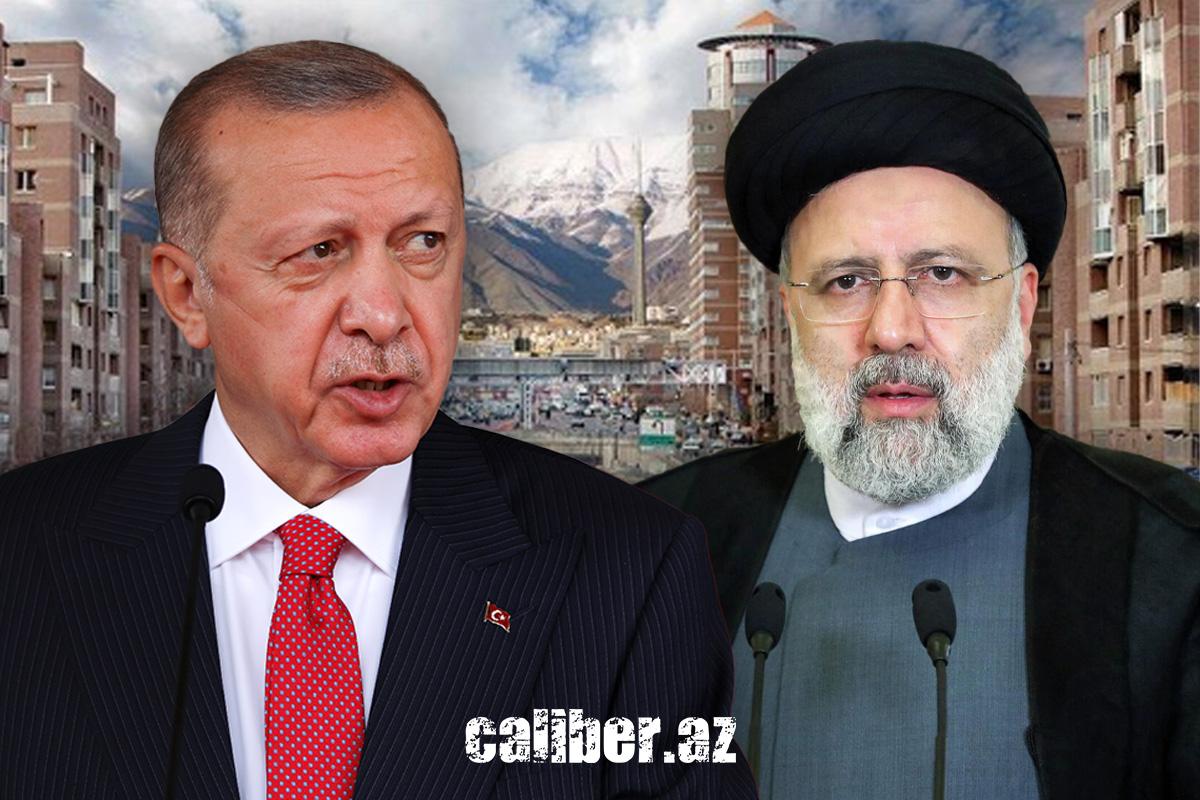 Iran-Türkiye: What does Erdogan want to talk about in Tehran? Analysis by Maxim Petrov 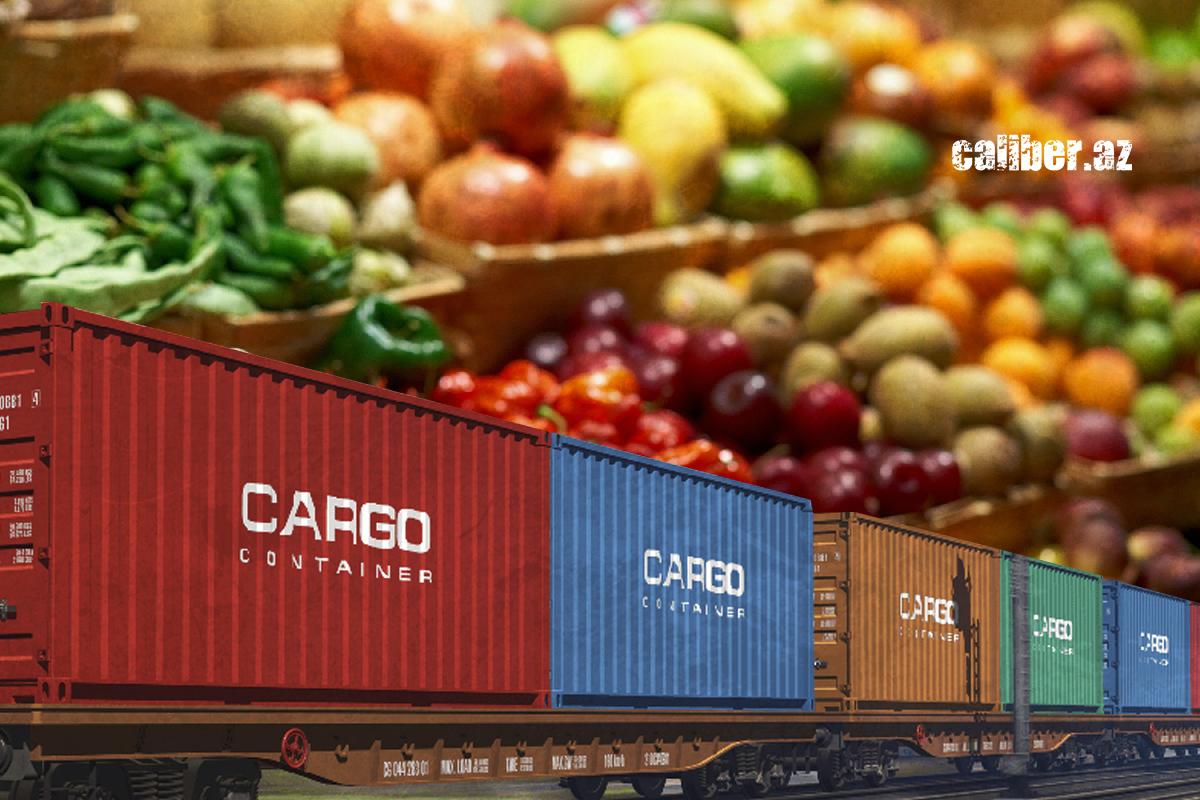 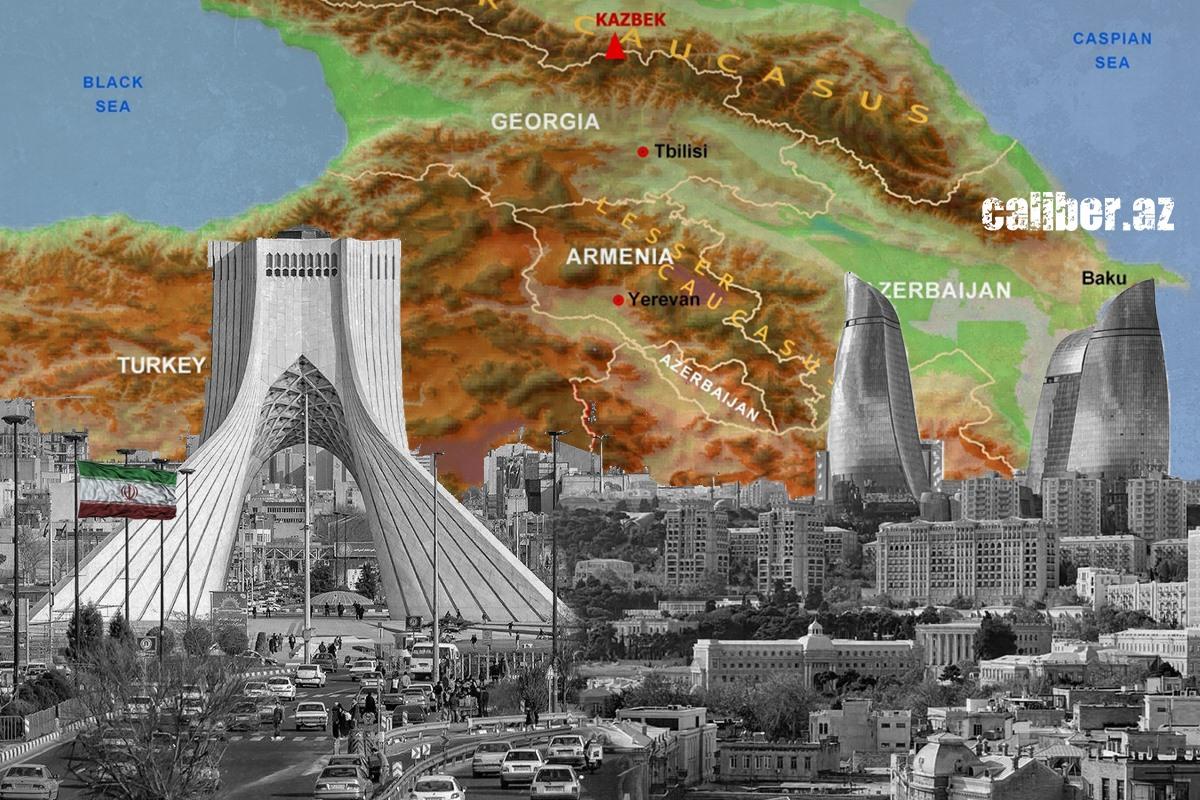 Baku embarks on economic journey with Tehran Art of proposals on Caliber.Az 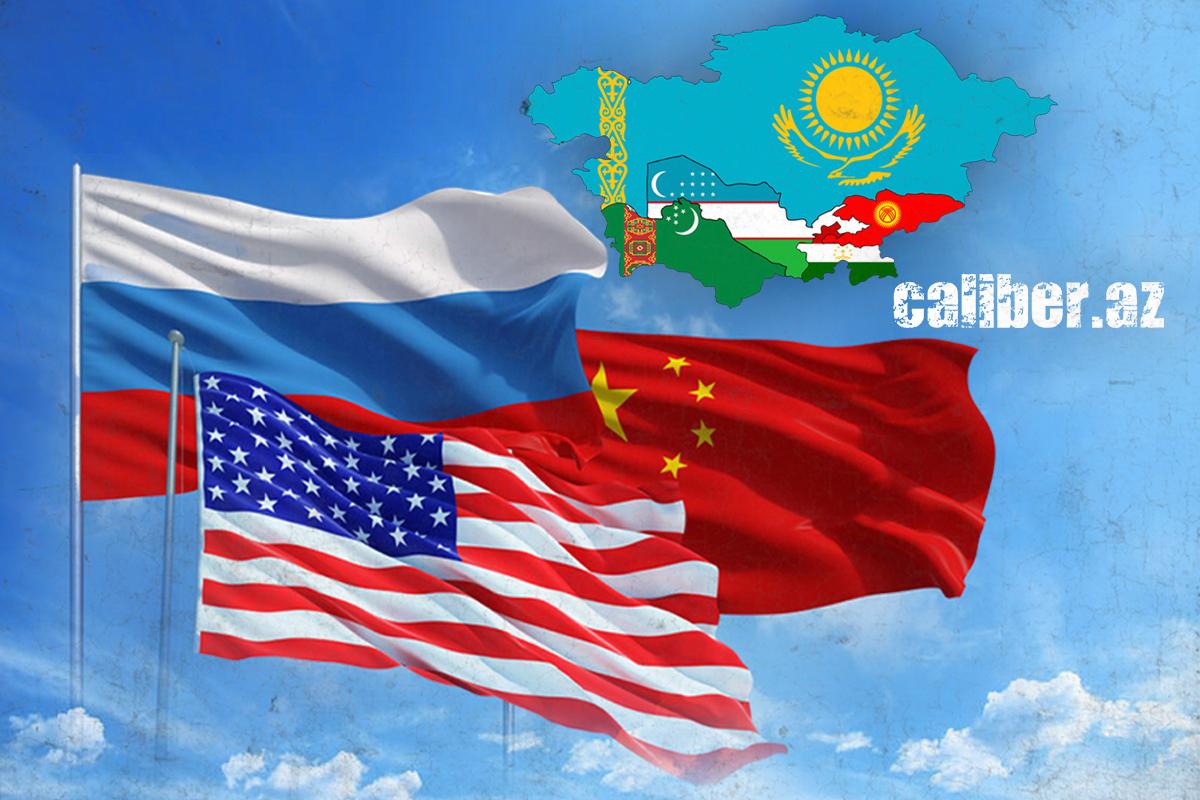 Russia, US and China fight over Central Asia Who benefits from the destabilization of the region? 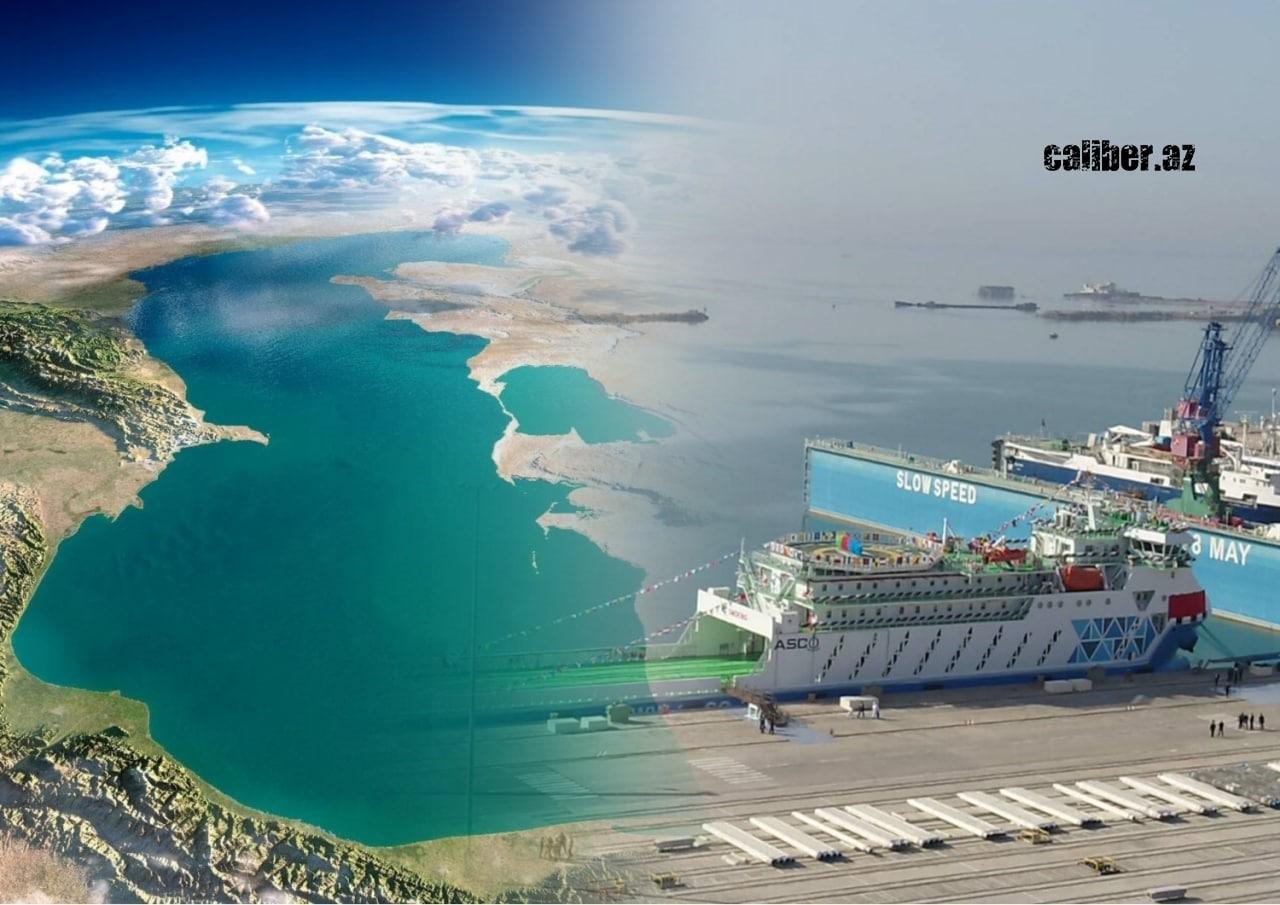 Alat and Aktau - beneficiaries of route changes in Eurasia Review by Caliber.Az