A group of foreign bloggers representing more than 10 countries – including the US, France, Spain, Indonesia, Kazakhstan, Türkiye and Egypt – is currently visiting Shusha within the framework of the "Show Me Azerbaijan" project initiated and implemented by the Eurasian Regional Center of the Islamic Cooperation Youth Forum (ICYF-ERC).

The Shusha City State Reserve Department's chief specialist Ismayil Ismayilov welcomed the visitors and gave them information on the city's historical and cultural sites as well as the heroism of the Azerbaijani soldiers, who liberated the city from the Armenian occupation, according to Azertag.

The bloggers also visited the city's vandalised (shot by rifles) monuments, the mansion of Khurshidbanu Natavan, the castle of Shusha, the mausoleum of Vagif, the mansions of the nobles, as well as the Jidir Plain. On their YouTube channels, foreign bloggers shared a number of videos showing their impressions of Shusha.

In addition, D. Bernard shared a video from Shusha with his YouTube subscribers. In the video, D. Bernard expressed his grief for the settlements destroyed during the occupation period and his hope that they would be rebuilt quickly.

Egyptian blogger Amr Al-Aghizi said that dwellings in Shusha and Fuzuli were razed to the ground during the war, and as a result, Fuzuli became a "ghost city".

Bloggers Diska Resha Putra from Indonesia and Asel Akmetova from Kazakhstan both highlighted areas, where landmines were planted in their videos. Blogger Marina Gomez from Spain called Shusha "Azerbaijan's city of great musicians and poets" and expressed her admiration for the nature of this city.

The master class training of renowned American blogger Douglas Bernard was held as the second component of the program during the visit to Shusha.

He discussed the importance of blogging in today's world and the knowledge he has learned over the years. He presented the "Show Me Azerbaijan" project, the role it plays in conveying the truths of Azerbaijan and Karabakh to the international community, and the recent rise in interest in the project.

Aydan Baghirli, a representative of ICYF-ERC, gave a presentation to bloggers about the organisation she works for. The bloggers were informed about the international initiatives carried out since ICYF-ERC's founding, particularly, the efforts made to promote Muslim youth solidarity. The bloggers expressed their appreciation for the ICYF-ERC's work and promised to share the Centre’s activities with their fellow citizens once they returned home.

Dedicated to the President of the Republic of Azerbaijan's designation of this year as the "Year of Shusha", this visit to Shusha aims at informing foreign bloggers about the destruction of settlements and heritage sites as a result of the Armenian occupation, as well as the restoration and reconstruction work being carried out in the post-occupation period, in order to raise global awareness.

Upon the initiative of the Eurasian Regional Center of ICYF, the same project was successfully carried out last year. Thus, within the framework of the "Show Me Azerbaijan" project, 13 bloggers from 8 countries, including three well-known video bloggers from Algeria and the US, visited the territories liberated from occupation and shared their visual content about the settlements and historical monuments destroyed as a result of the Armenian occupation. 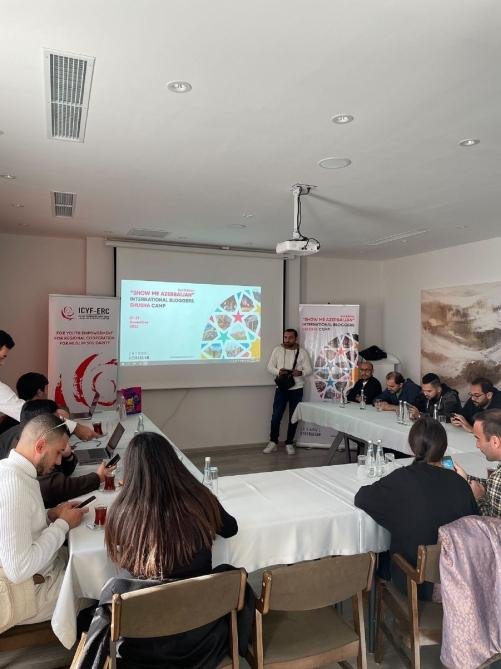 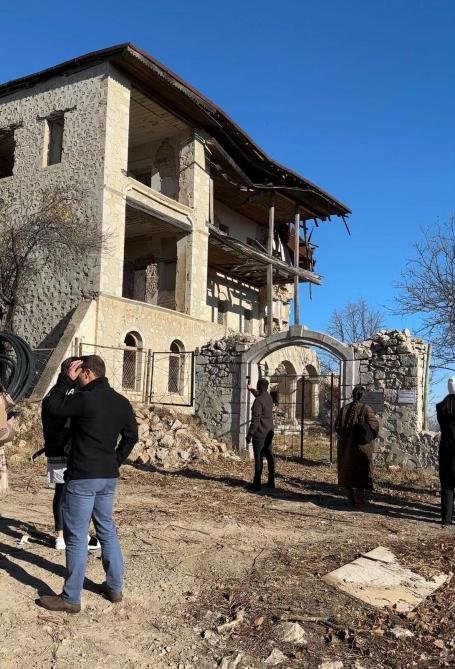 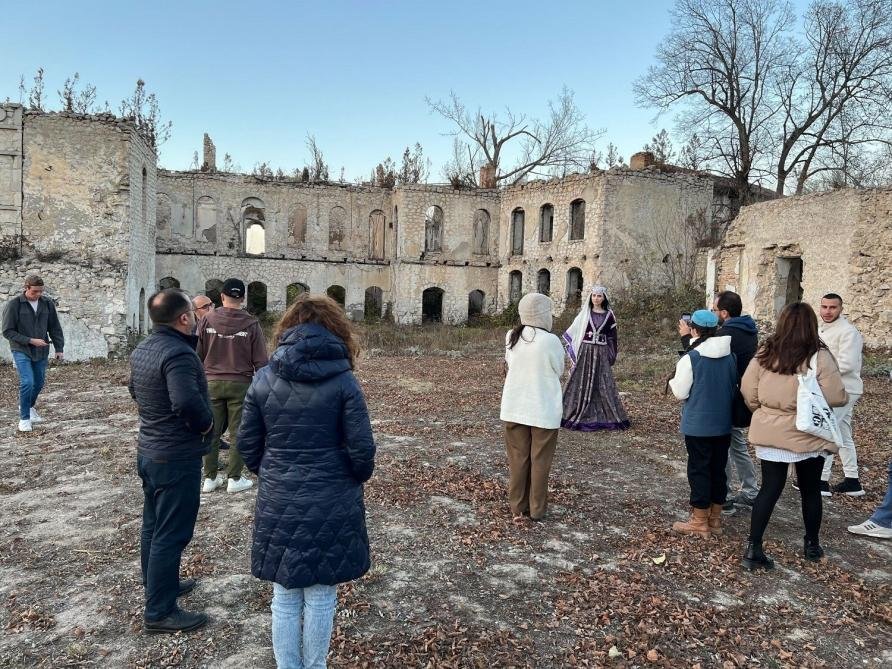 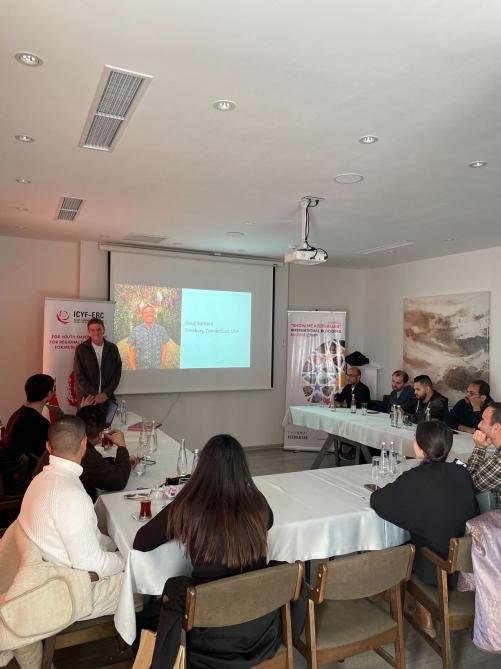 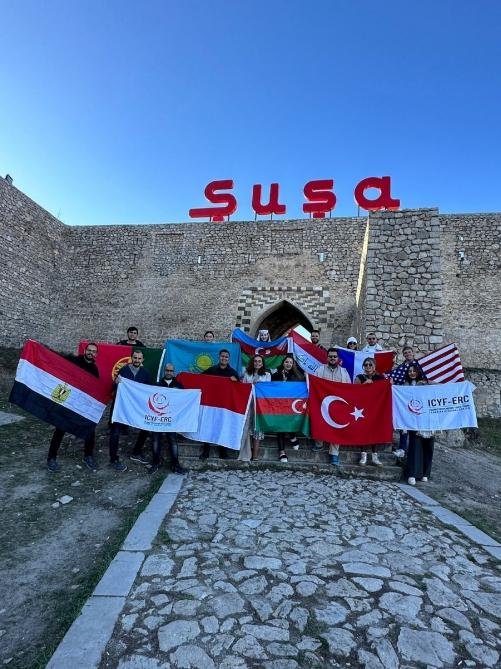 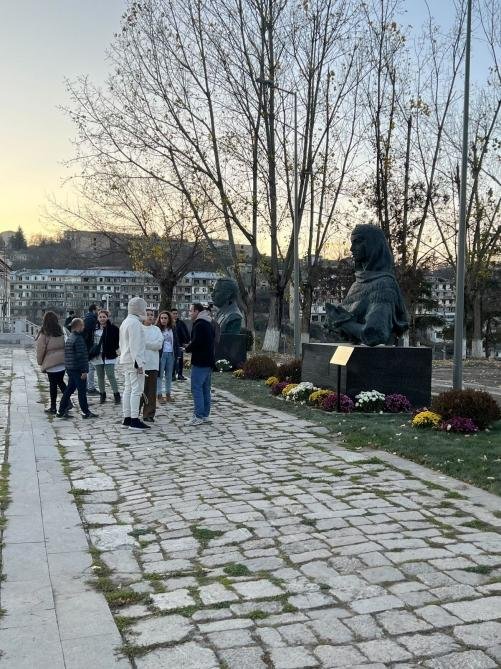 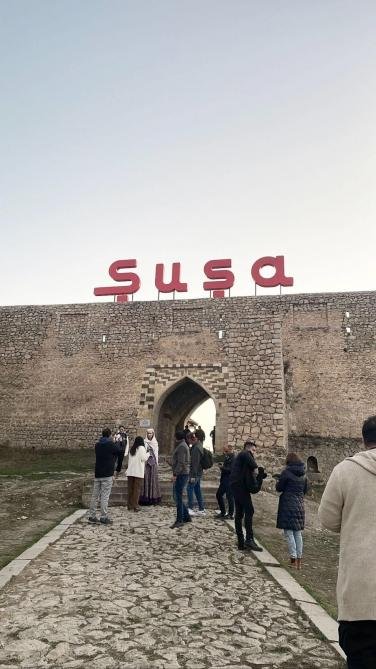 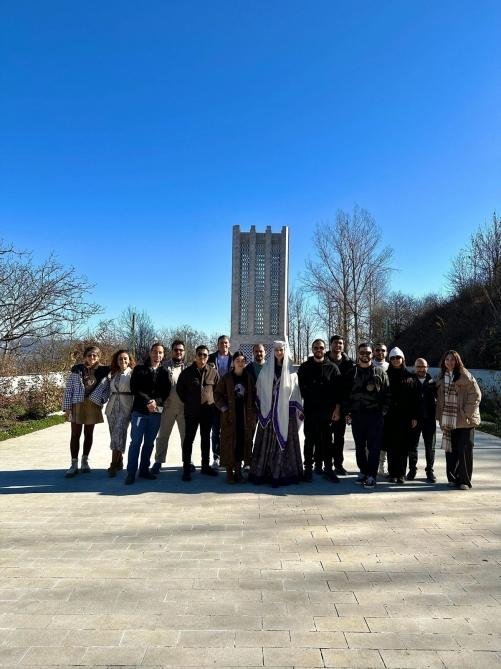 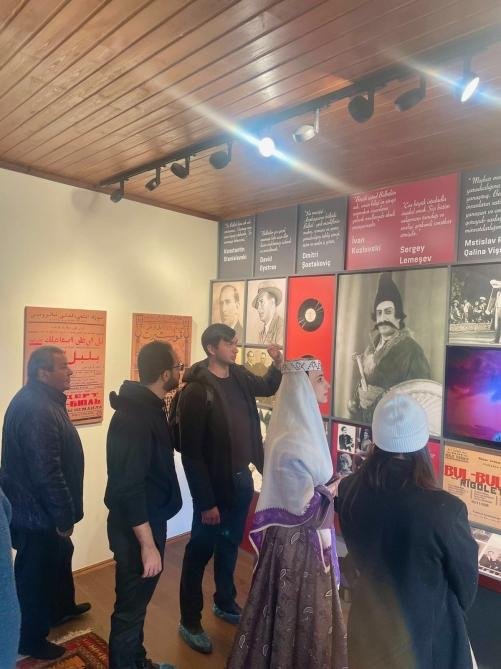 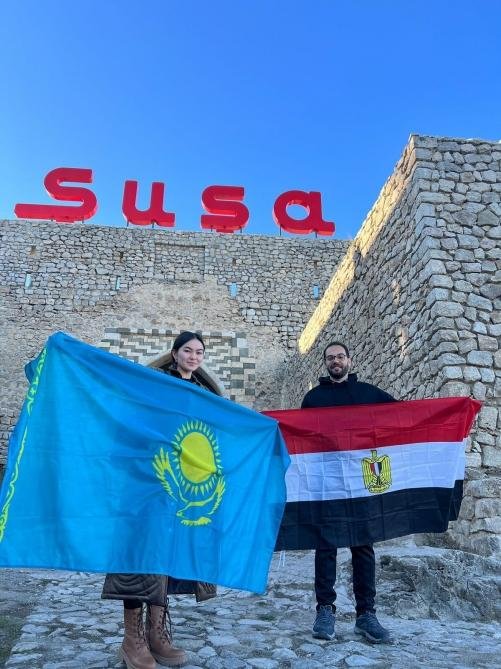 Exploiting the consequences of the long-term ethnic conflict: Case of a French journalist