President of the Republic of Azerbaijan Ilham Aliyev viewed the landscaping work carried out in the Ramana settlement of Baku on July 6.

Director general of the “Baku Landscaping Service” LLC Bunyad Gasimov informed President Ilham Aliyev about the work done in the settlement, Caliber.Az reports referring to the press service of the Azerbaijani president.

Bunyad Gasimov: Mr President, this is a new lighting system.

Bunyad Gasimov: Mr President, these are wall-mounted lights produced in Azerbaijan. The whole settlement is 100 per cent fully lit.

Bunyad Gasimov: A total of 300 jobs are already in place. We plan to open up to 450 jobs by the end of the year.

It was noted that reconstruction had also been completed in Ramana, roads in the settlement had been asphalted, walls and roofs renewed, and street lighting installed. Hasanbay Zardabi, Khanlar, Mirzaahga Aliyev, Abdurrahman bay Hagverdiyev streets of the settlement and the streets around the cemetery have been completely renovated. The area has also been cleared of waste.

It was brought to attention that Ramana settlement is rich in monuments that can be included in the tourism routes of Absheron. One of them is the Ramana Castle, which is said to belong to the 12-14th centuries and attracts attention with its grandeur at the entrance of the settlement. It is located at an elevated point. It is believed that the fortress, with walls 15 meters high, was built for defensive purposes and used as a castle during the State of Shirvanshahs. Some scenes of the famous films “Koroghlu”, “Nasimi” and “Babek” were shot at the Ramana Castle.

The head of state got acquainted with the restoration work carried out in the castle.

One of Ramana's ancient monuments is the Novruzgulu bath. President Ilham Aliyev was also informed about this ancient bath. It was reported that there were four wells in the bath in the past, but there are three there now. The bath named after the son of Novruzgulu Babakishi is the only building on the Absheron peninsula whose documents have been collected and verified. High-quality restoration work has been carried out in the building of the bathhouse.

It was noted that during the reconstruction work in Ramana, environmental protection and the ecological condition of the settlement were among the priority issues.

The head of state was also informed about the work done to increase the employment of the Ramana population. It was noted that a carpet weaving enterprise and a sales store had been opened in the settlement. The production and sale of products are carried out in newly created catering and service facilities. These facilities are equipped with the necessary tools and facilities to provide a high level of service to customers and ensure their comfort.

It was noted that the sale of dry fruits produced in Pirshagi would be carried out in Ramana. The installation of mobile sales facilities and kiosks has contributed a lot to an increase in employment and meeting the needs of the local population and tourists.

One of the projects implemented in Ramana is a vertical gardening project. The aim of the project is to encourage self-employment, enable low-income families to make an income and develop family farms. It also aims to expand green areas, develop horticulture and processing of agricultural produce.

The head of state had a conversation with a resident of the settlement in the yard of one of the houses in Ramana.

President Ilham Aliyev: Hello, how are you?

Resident: Thank you, I am fine.

President Ilham Aliyev: Is this your house?

Resident: Yes. Welcome to our newly renovated village of Ramana. You are always welcome.

Resident: My martyred uncle Allahverdi Allahverdiyev stayed in this house.

Resident: Yes, Farzali Farzaliyev, a veteran of the first Karabakh war, is my grandfather, and I also have an uncle, Namig Allahverdiyev, who is also a war veteran.

President Ilham Aliyev: Are you also involved in this work?

Bunyad Gasimov: This is drip irrigation.

President Ilham Aliyev: Are these strawberries?

Bunyad Gasimov: Yes, these are strawberries. It is a new plantation and will take 10-15 days. In a couple of months, all these places will be green, Mr President.

Bunyad Gasimov: Greens are planted in winter and strawberries in summer.

President Ilham Aliyev: I see that this house and its yard have been renovated.

Bunyad Gasimov: In general, according to your order and instructions, the roofs, doors, walls and gates of the houses have been renovated. Special attention has been paid to the houses of the families of martyrs and veterans.

Ramana is also famous for water reservoirs. One of the restored historical sites in the settlement has been a 40-step water reservoir. Water reservoirs are more widespread in the territory of Azerbaijan, on the Absheron peninsula and neighbouring areas. Since there are very few sources of drinking water in these places, the issue of using groundwater suitable for drinking became relevant in the 16th and 18th centuries, and water reservoirs were created. The construction of these facilities continued until the 20th century.

President Ilham Aliyev was informed about the repair and restoration work carried out in the water reservoir.

A Sports Center has been built for the residents of Ramana to lead a healthy lifestyle and spend their free time effectively. An indoor gym and a mini-football field are available in the centre.

The head of state also viewed the conditions created at the Ramana Sports Center. 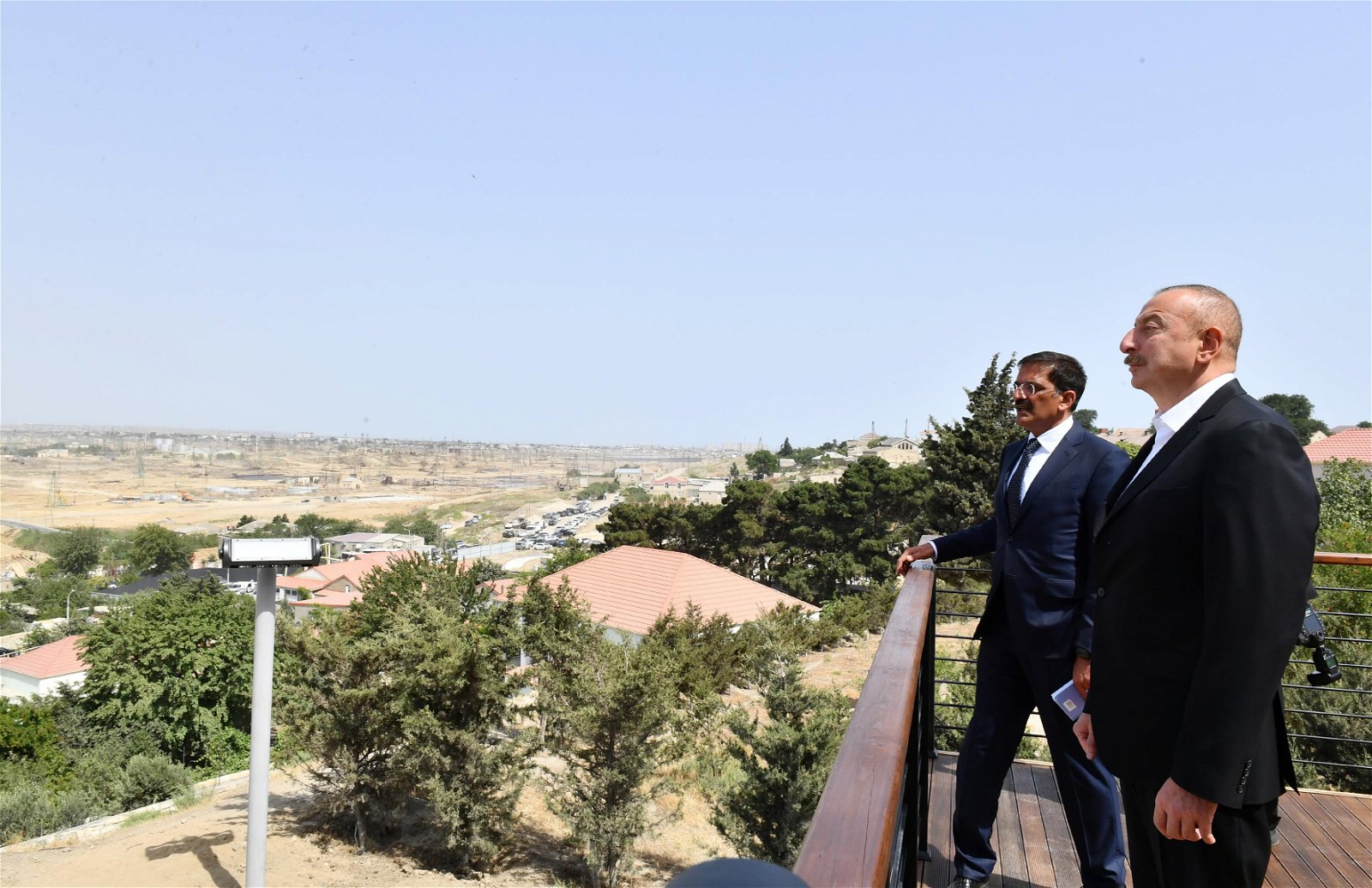 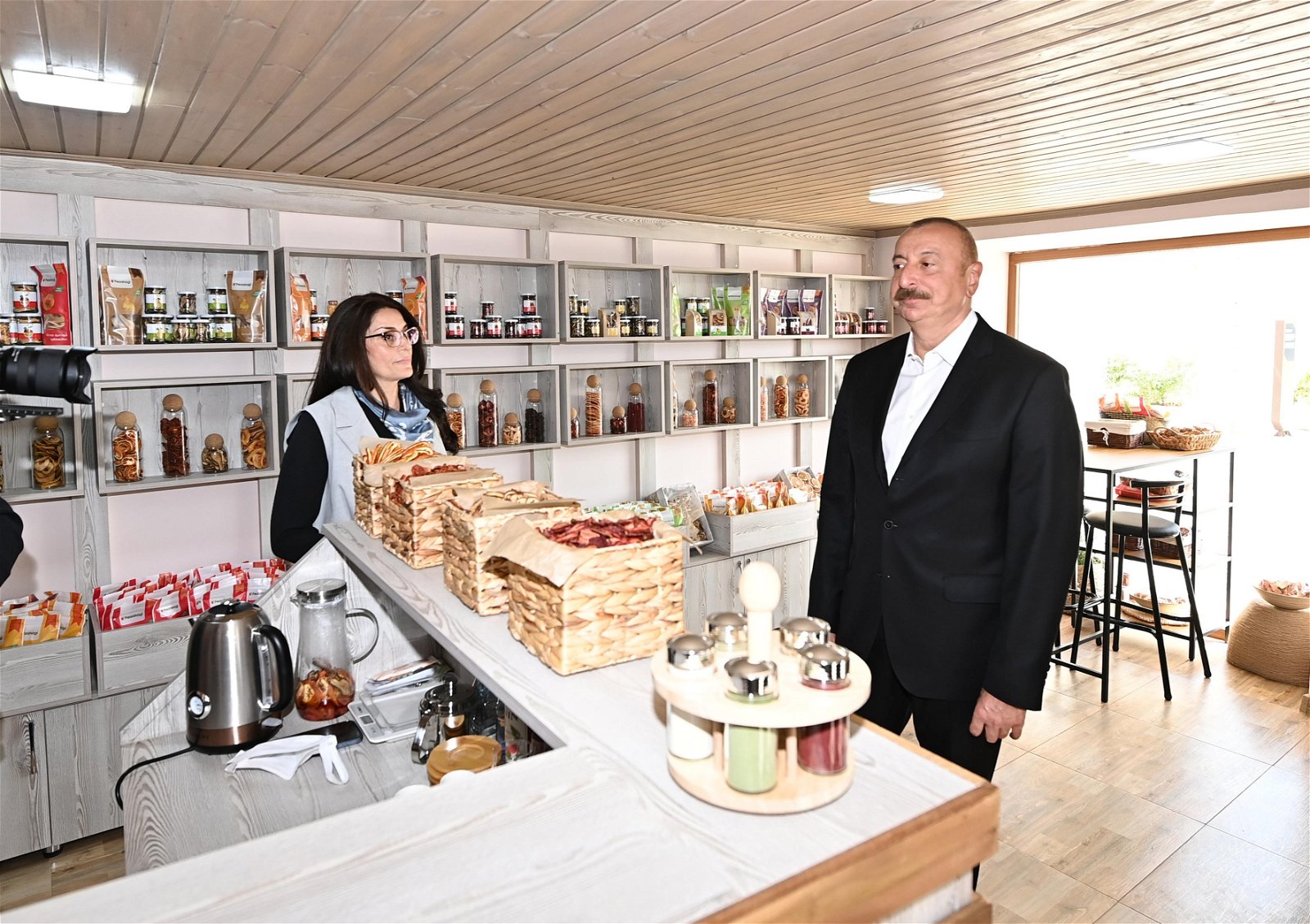 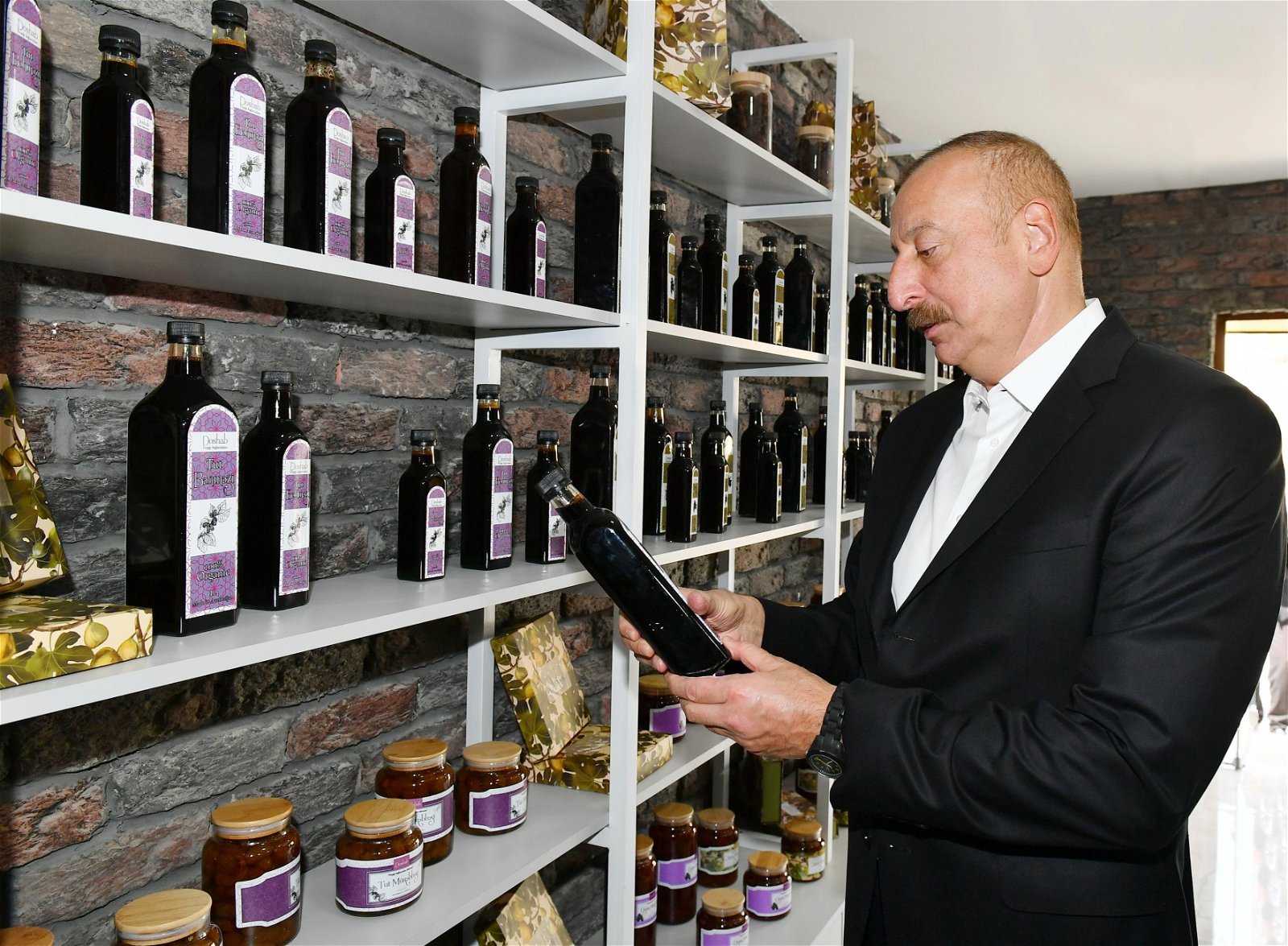 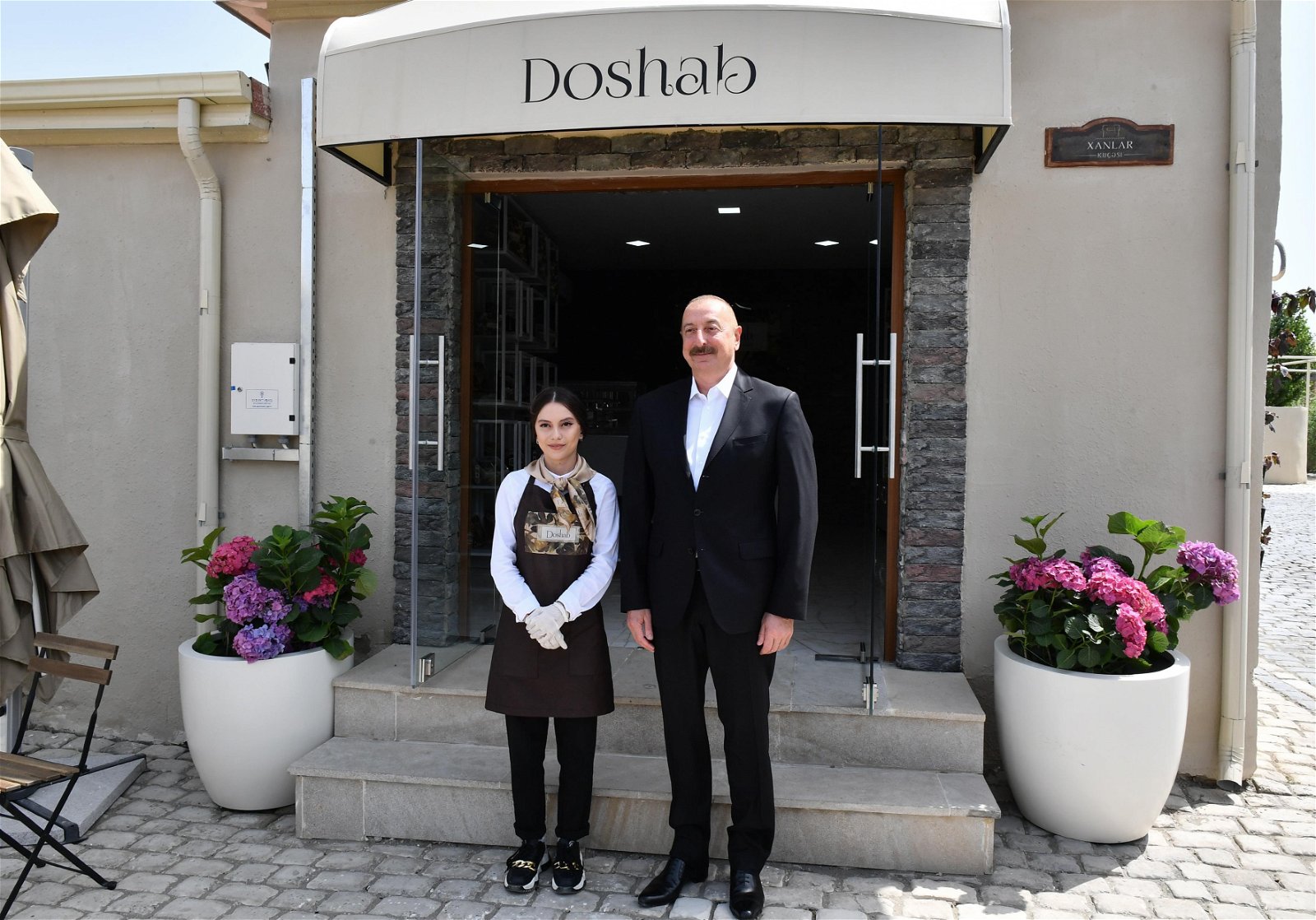 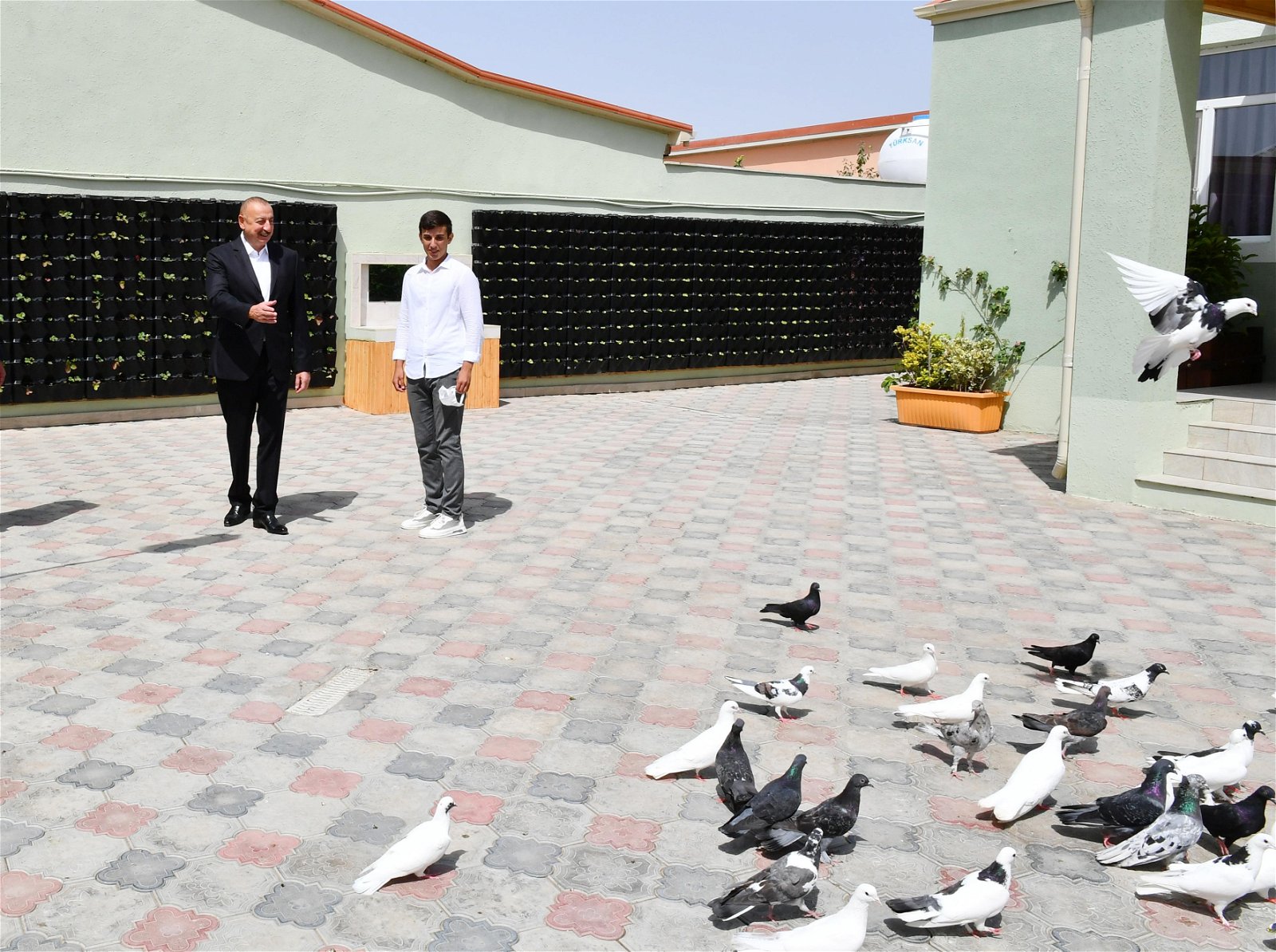 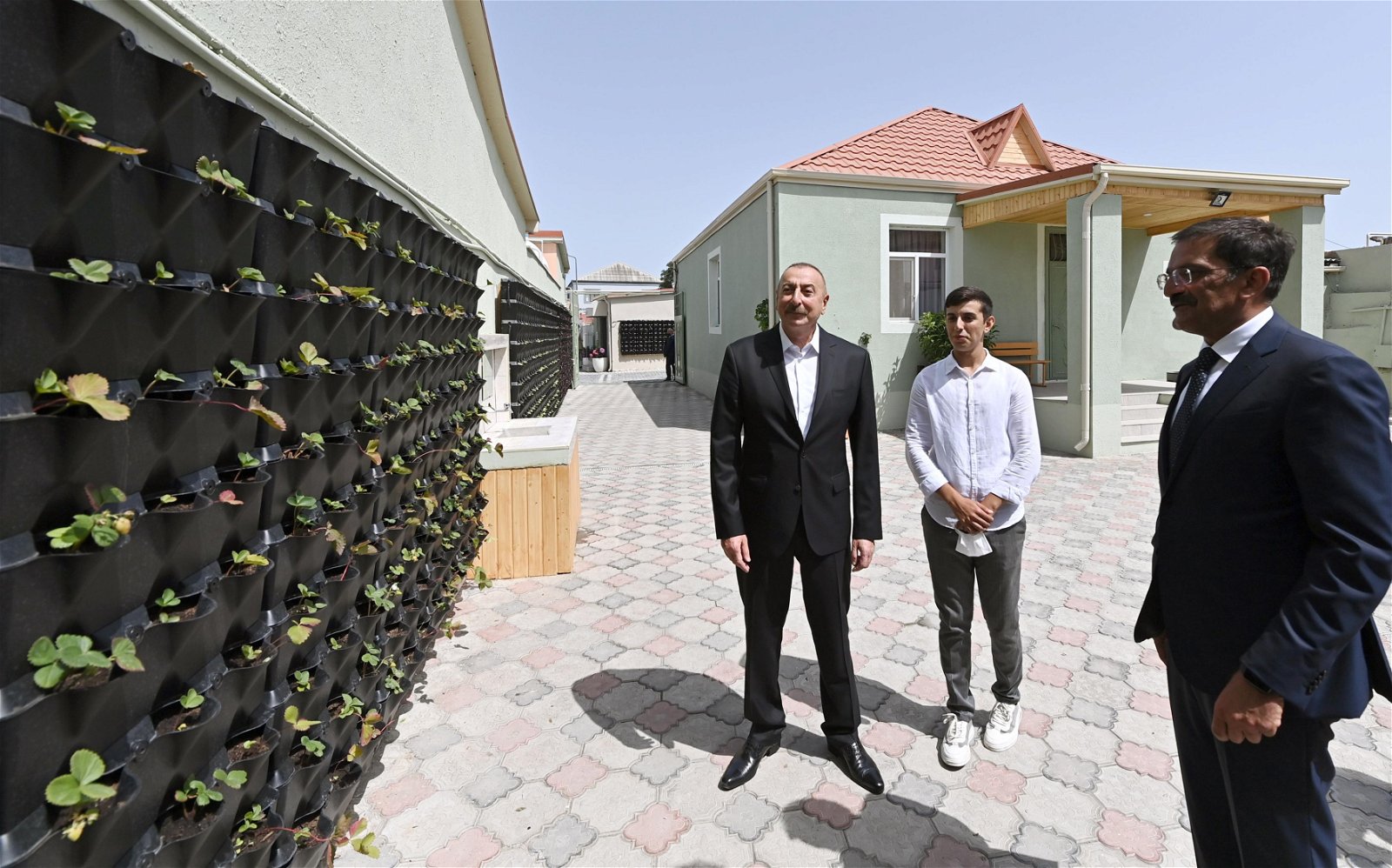 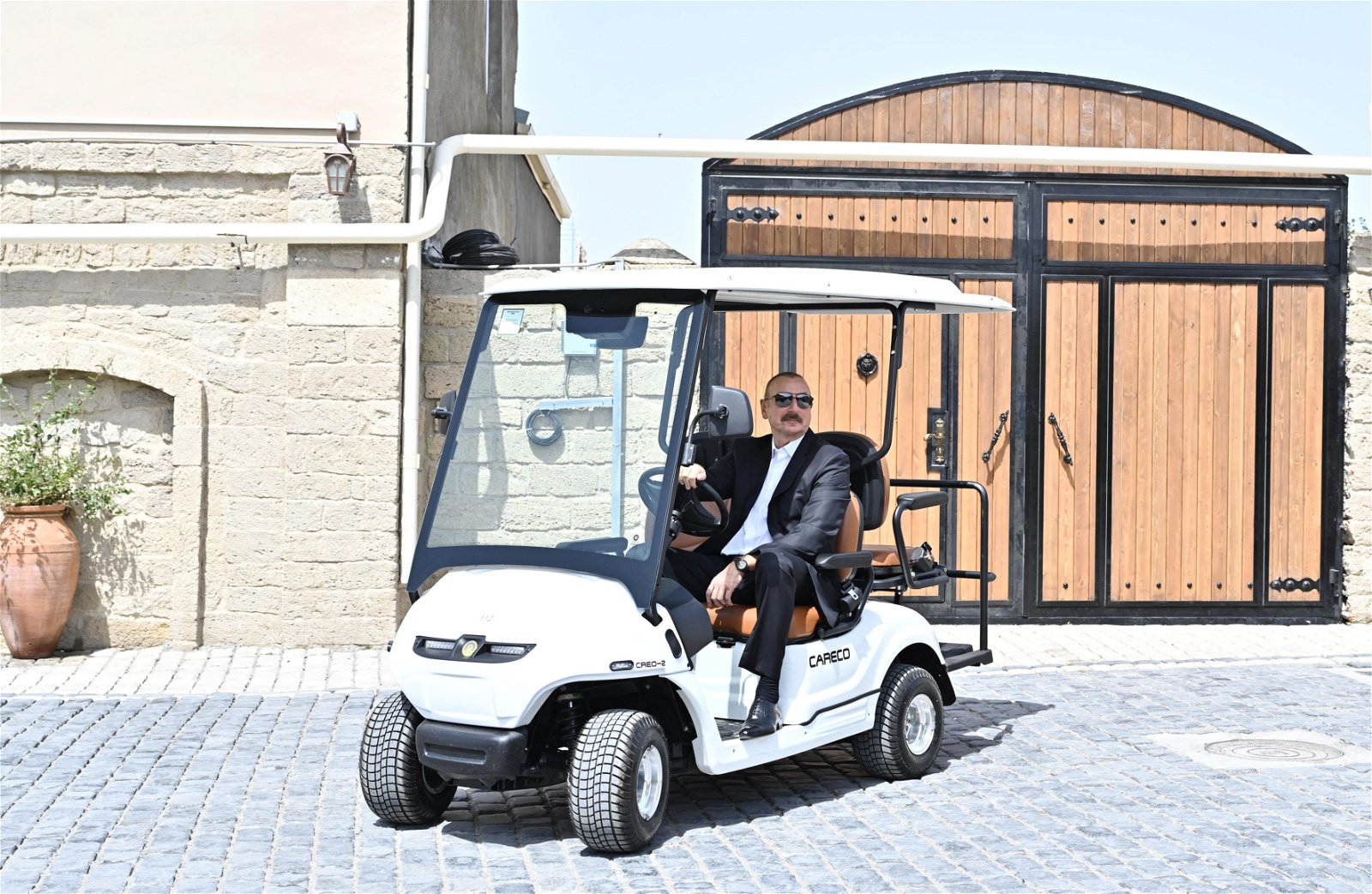 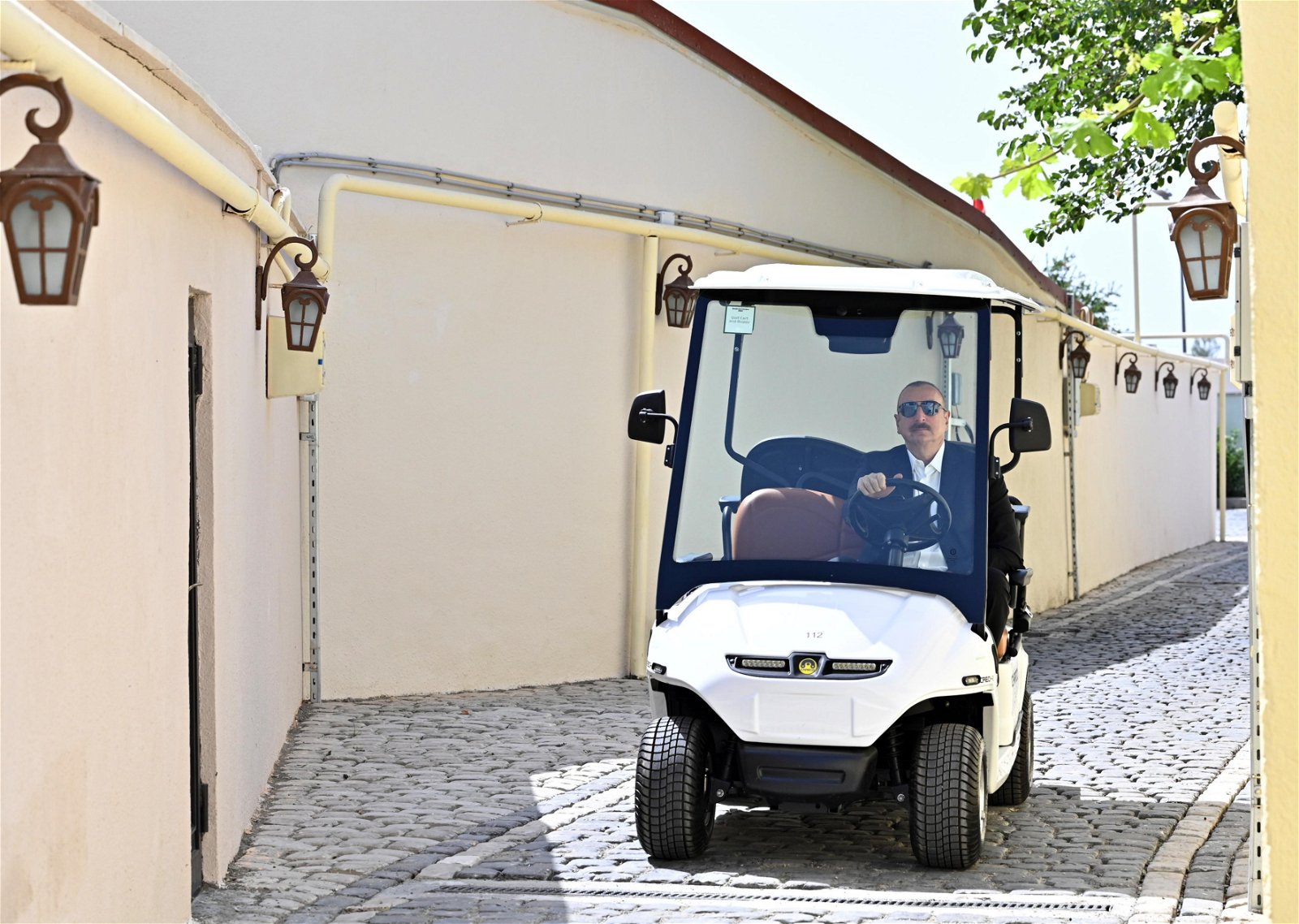 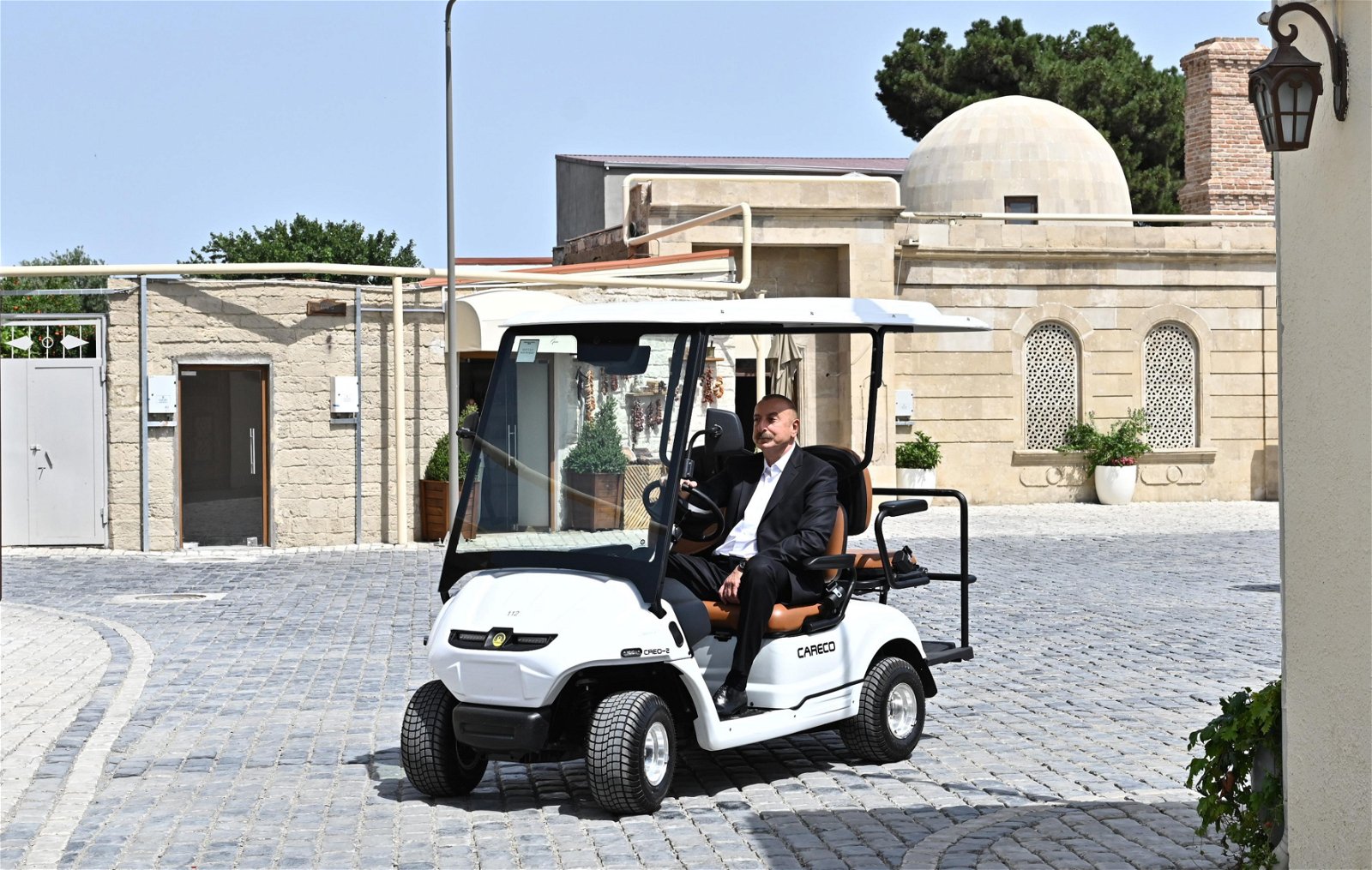 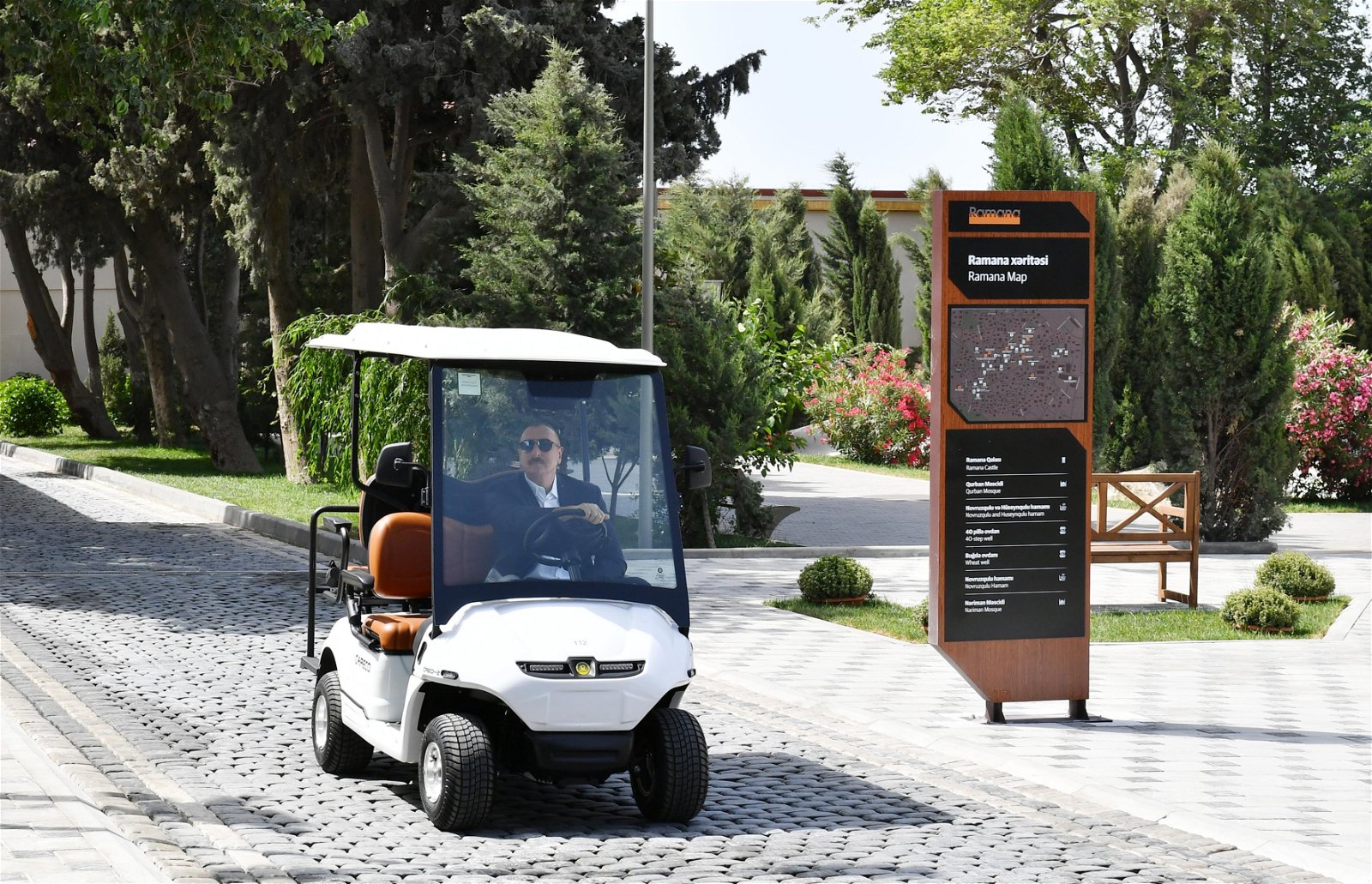 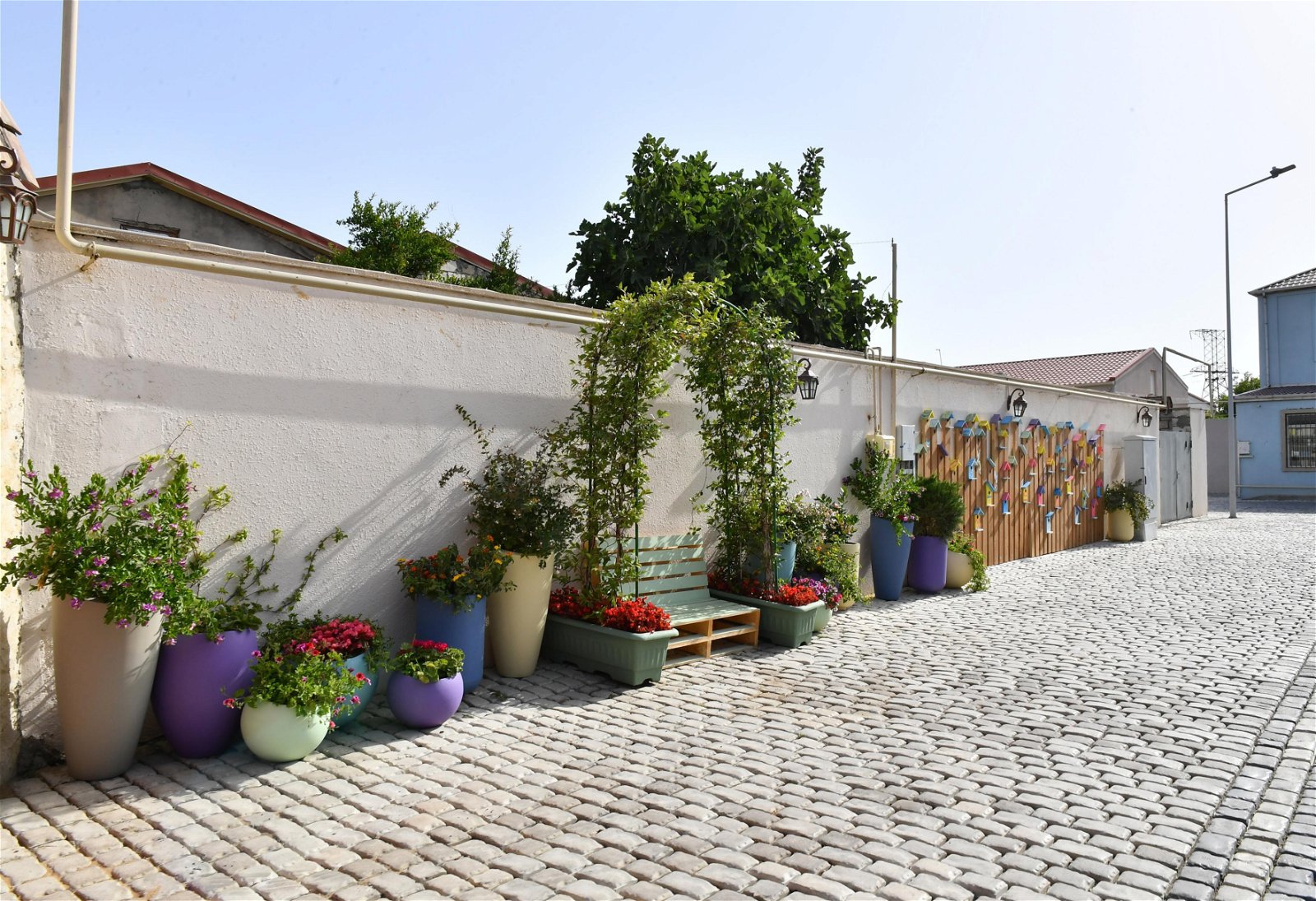 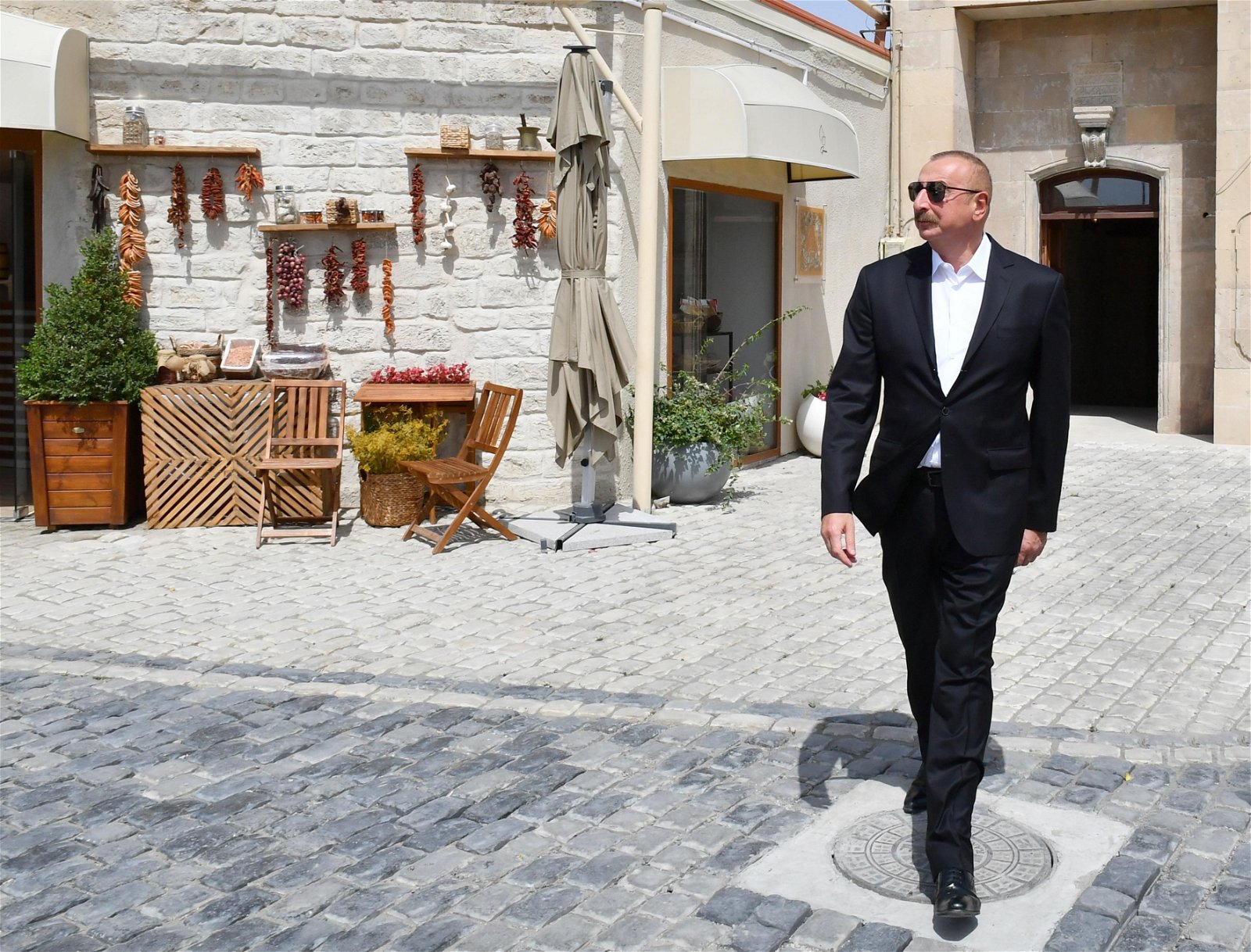 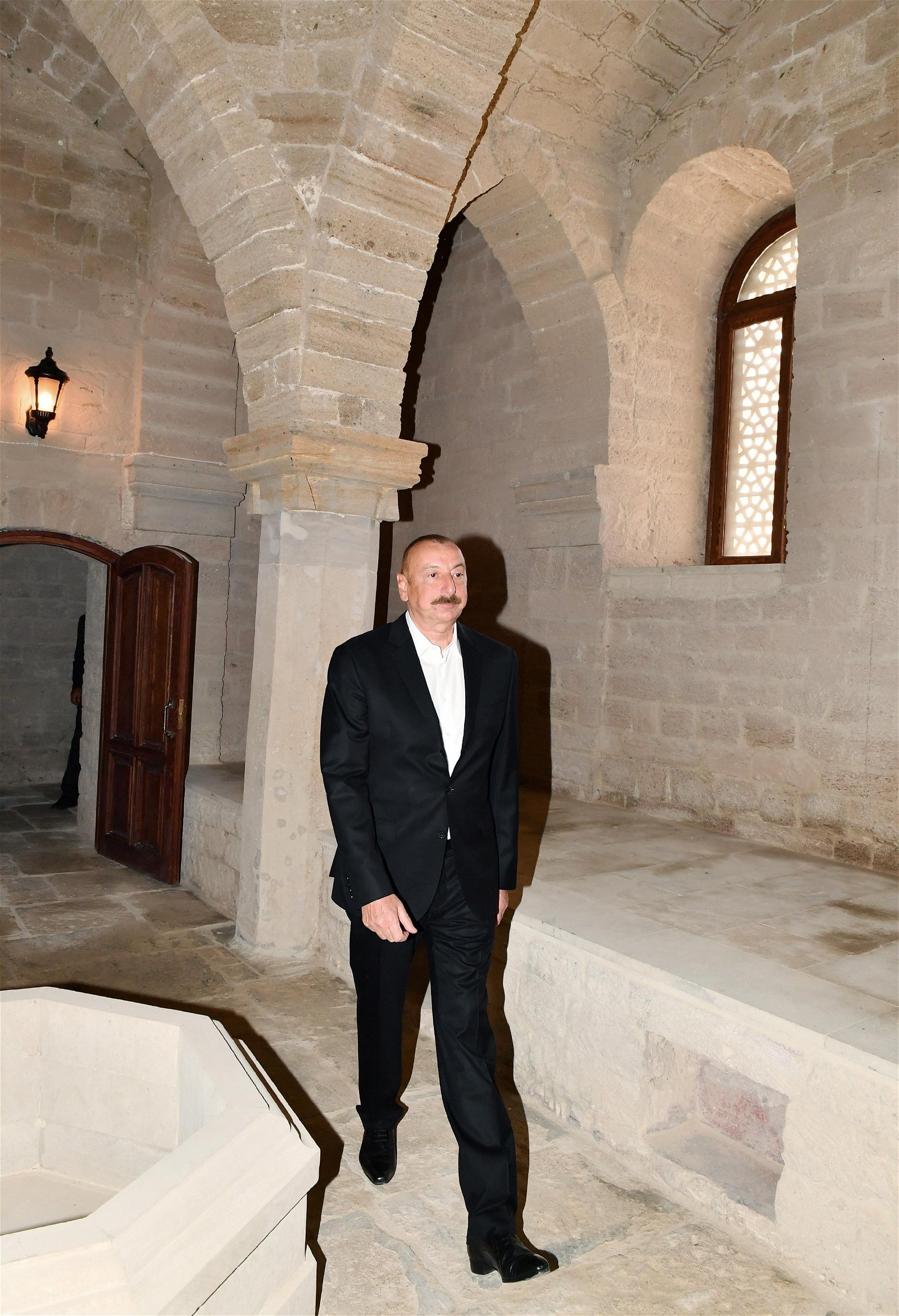 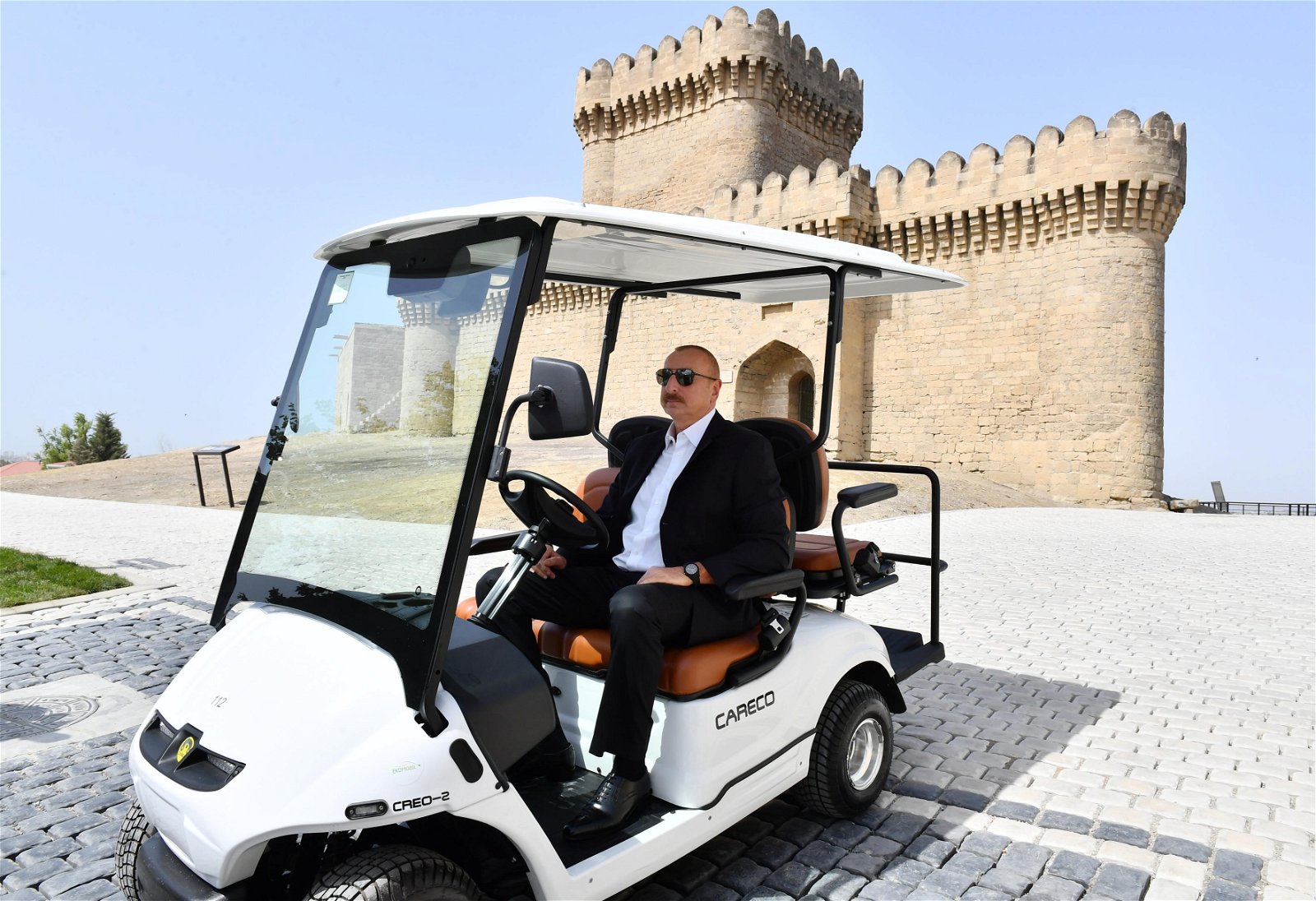 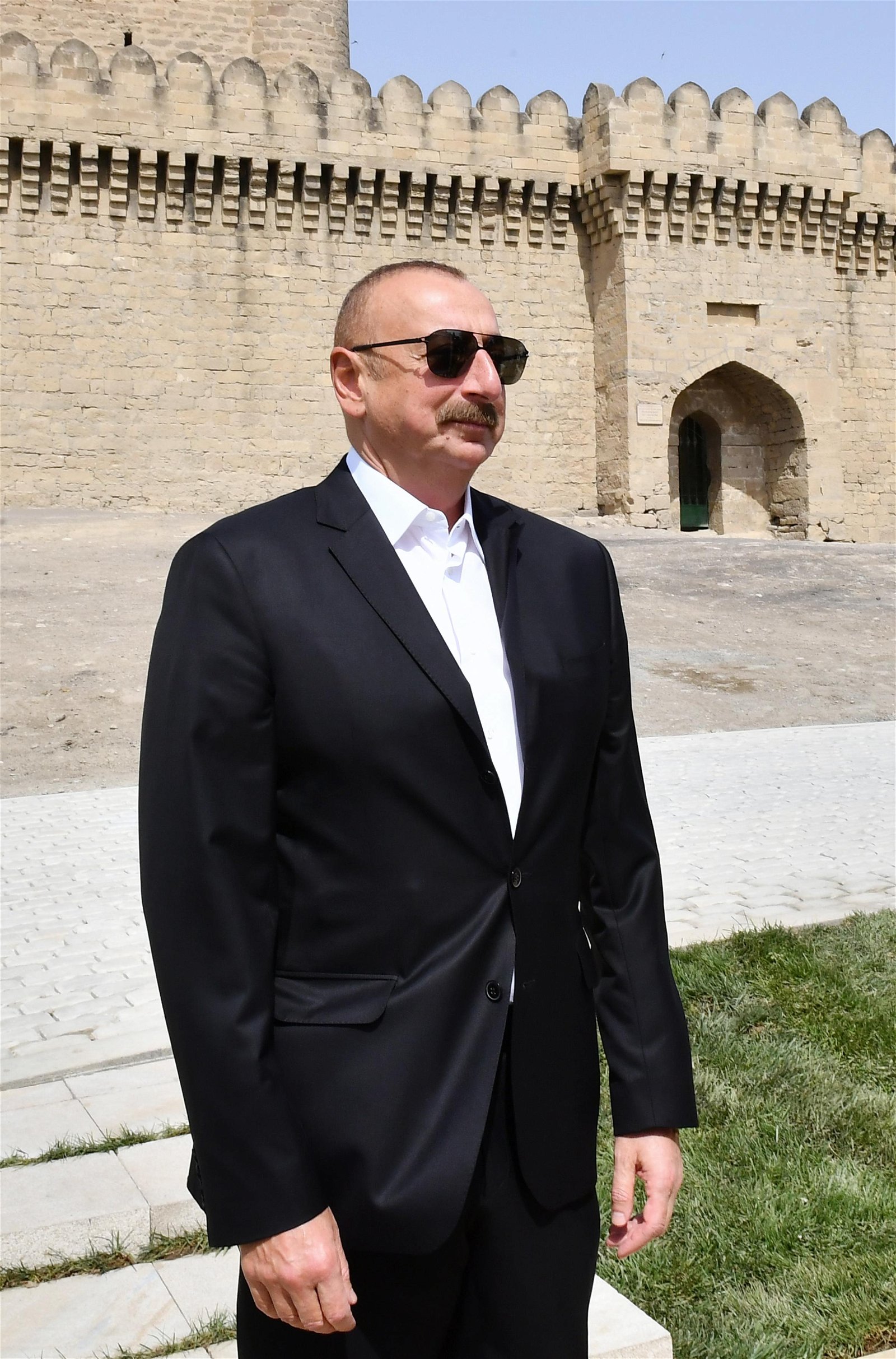 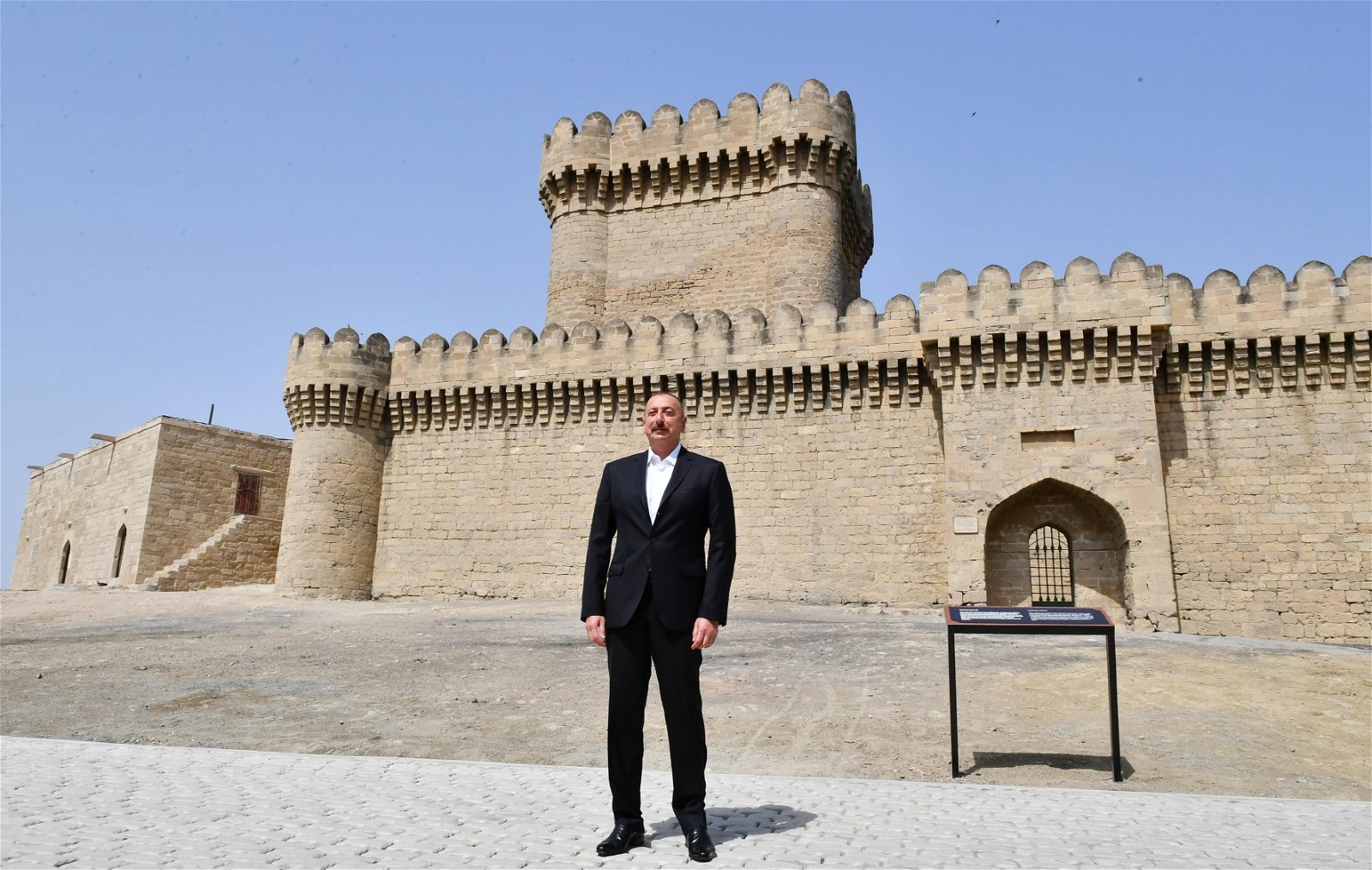 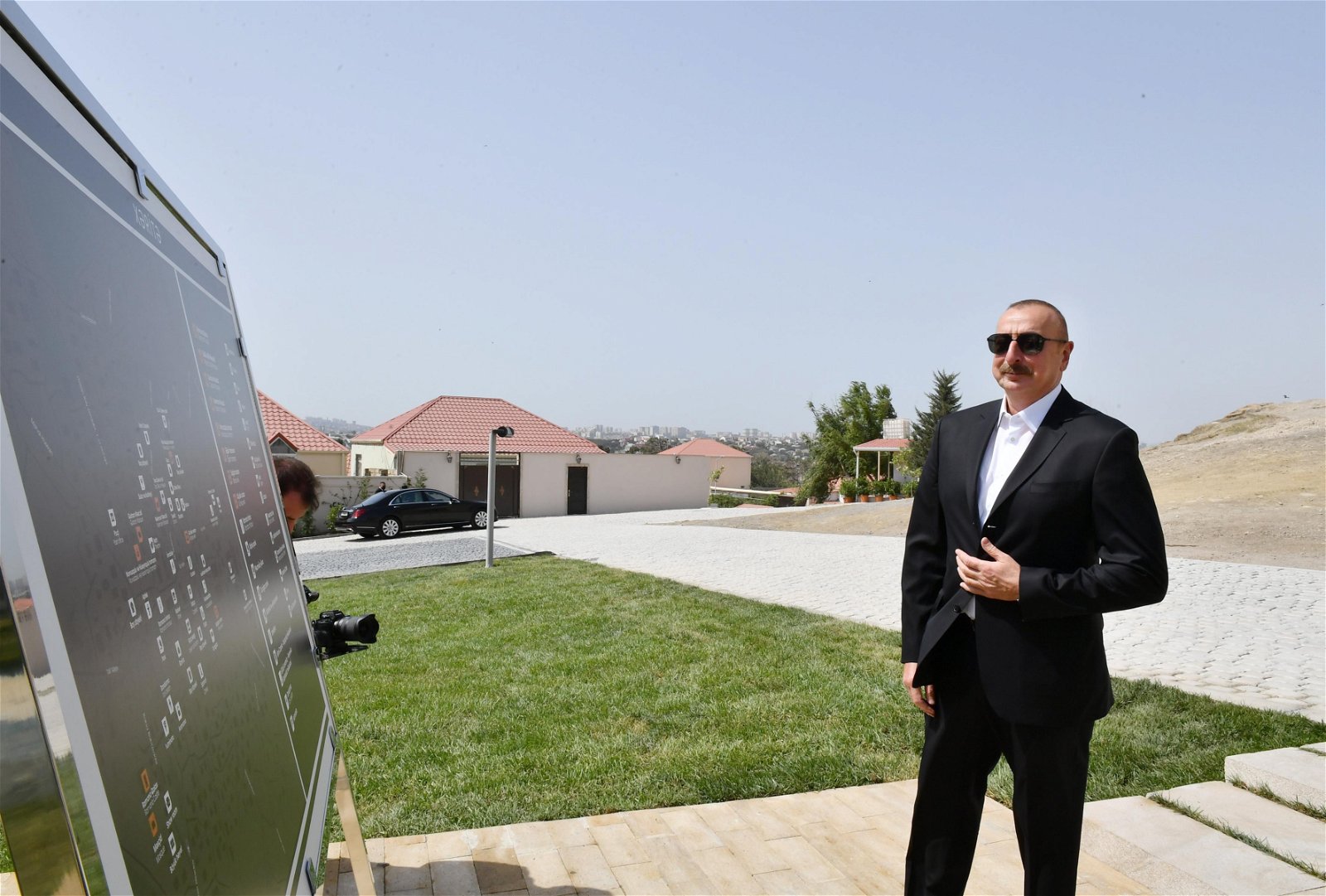 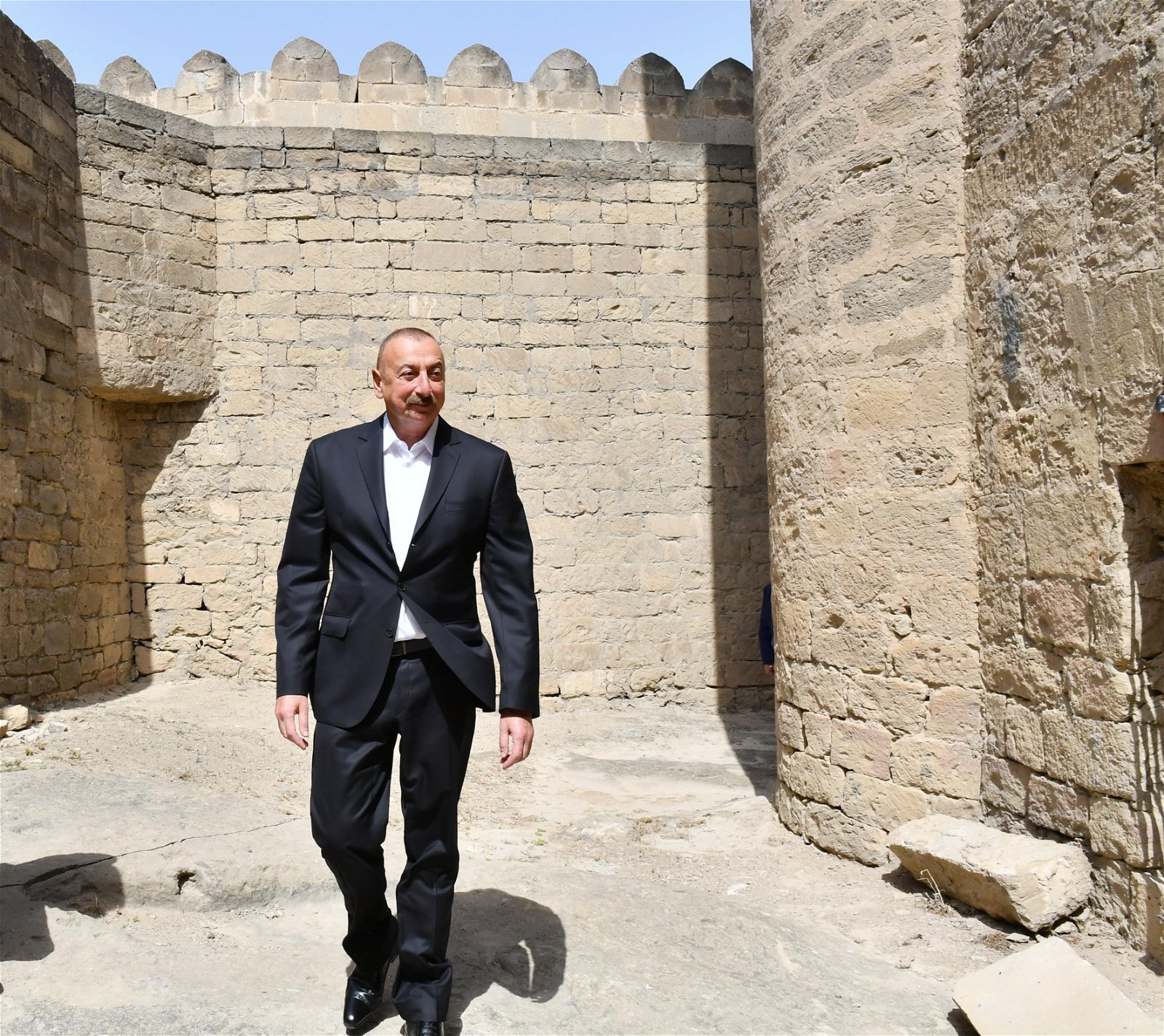 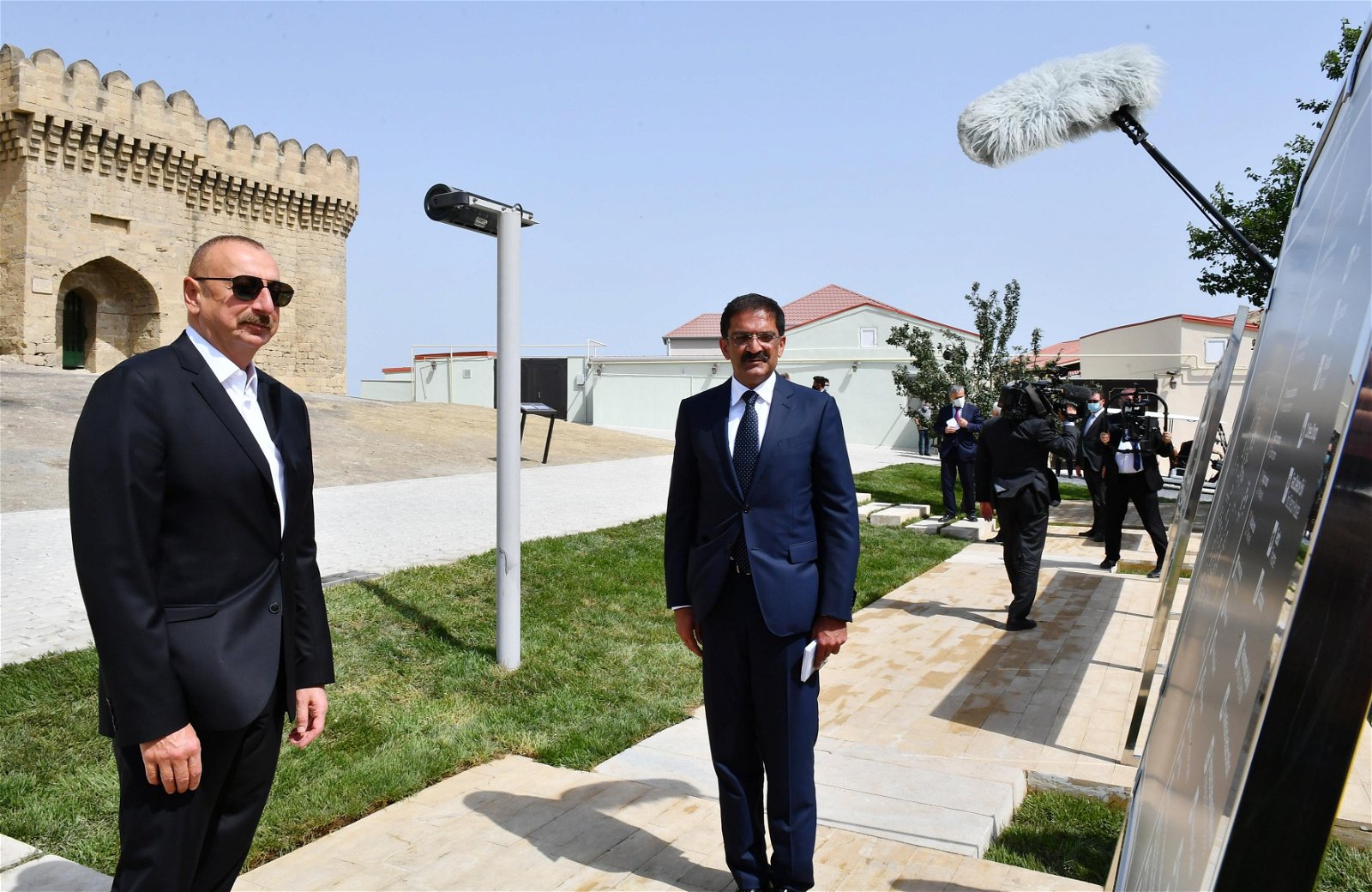 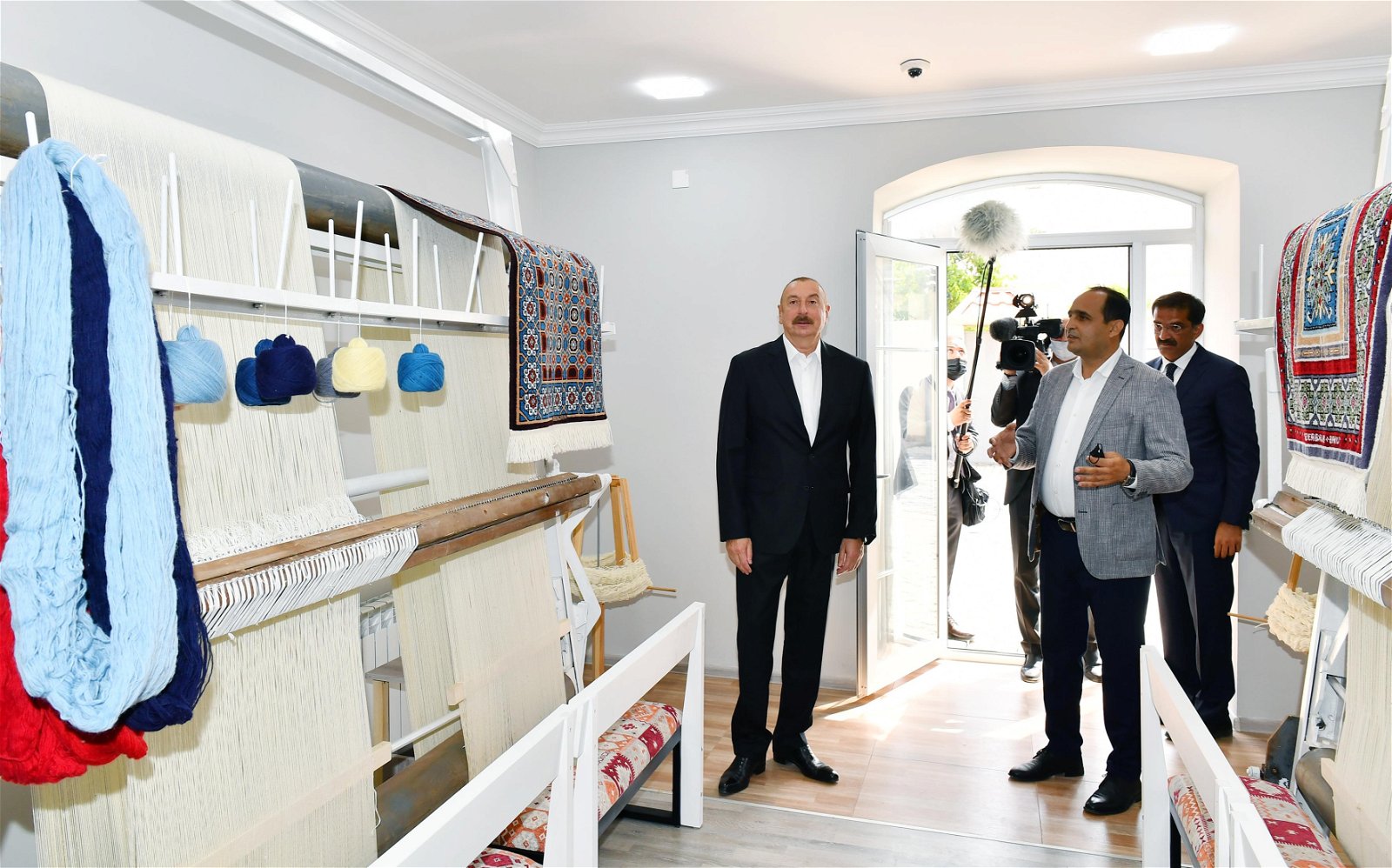 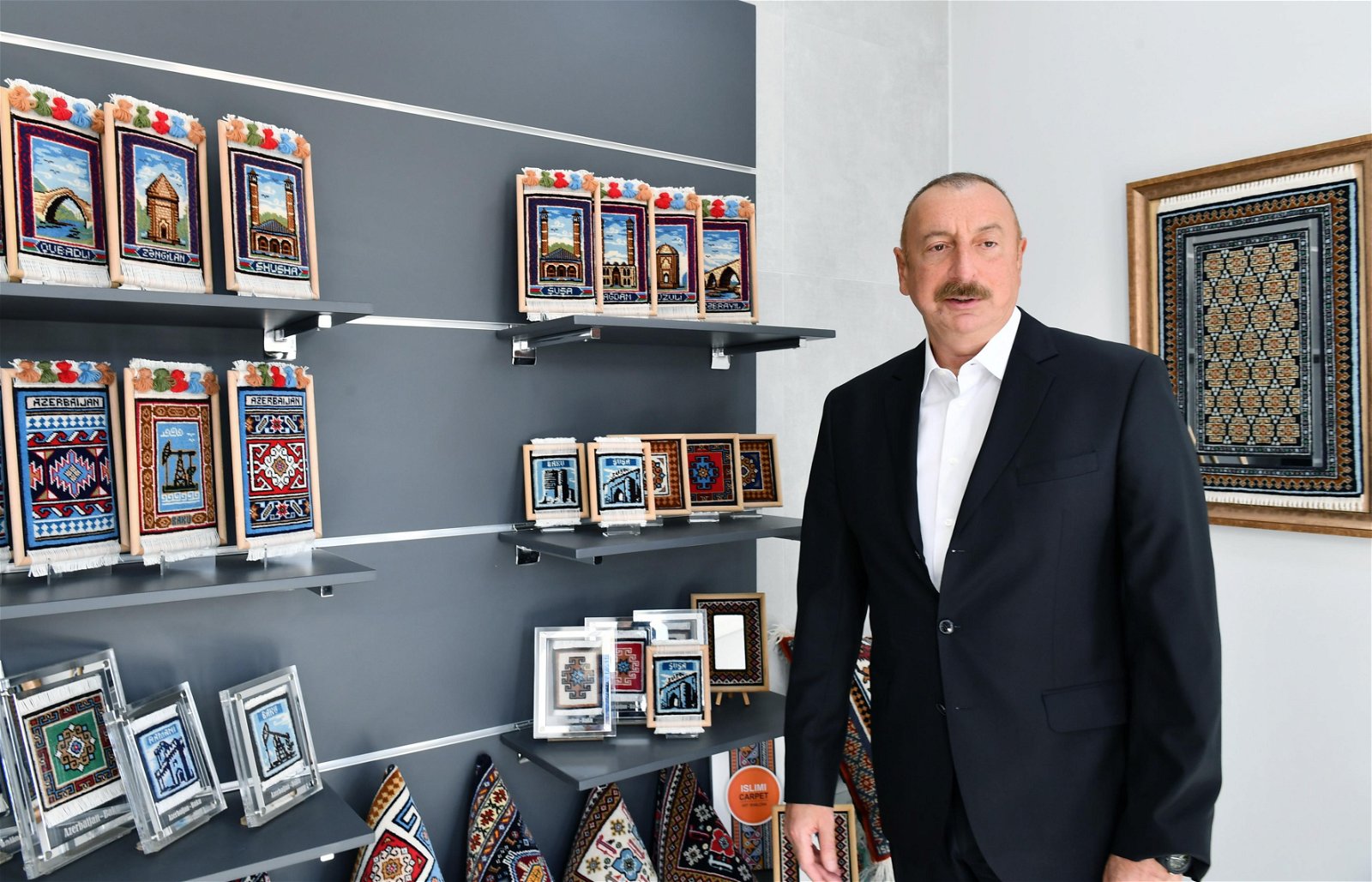 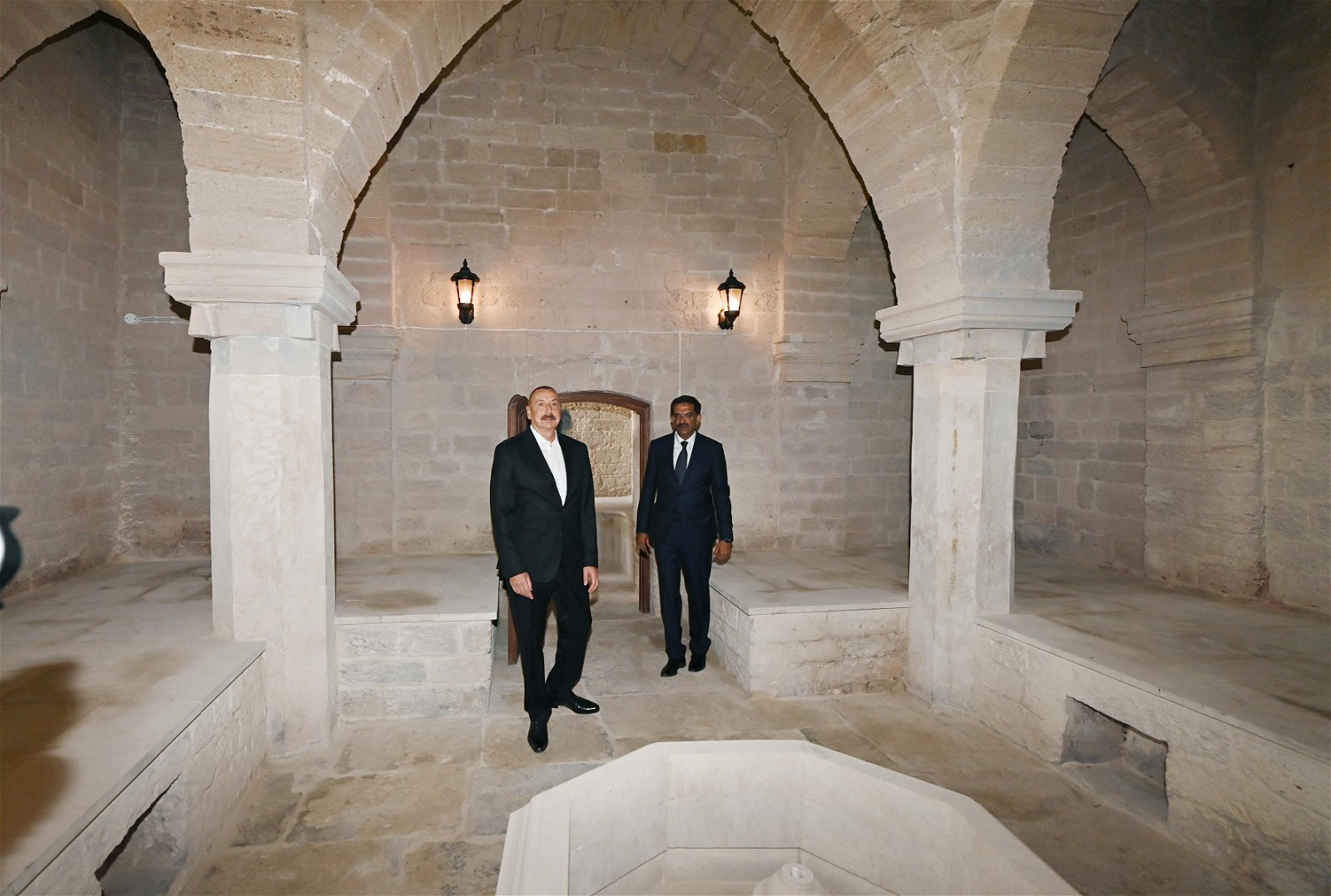 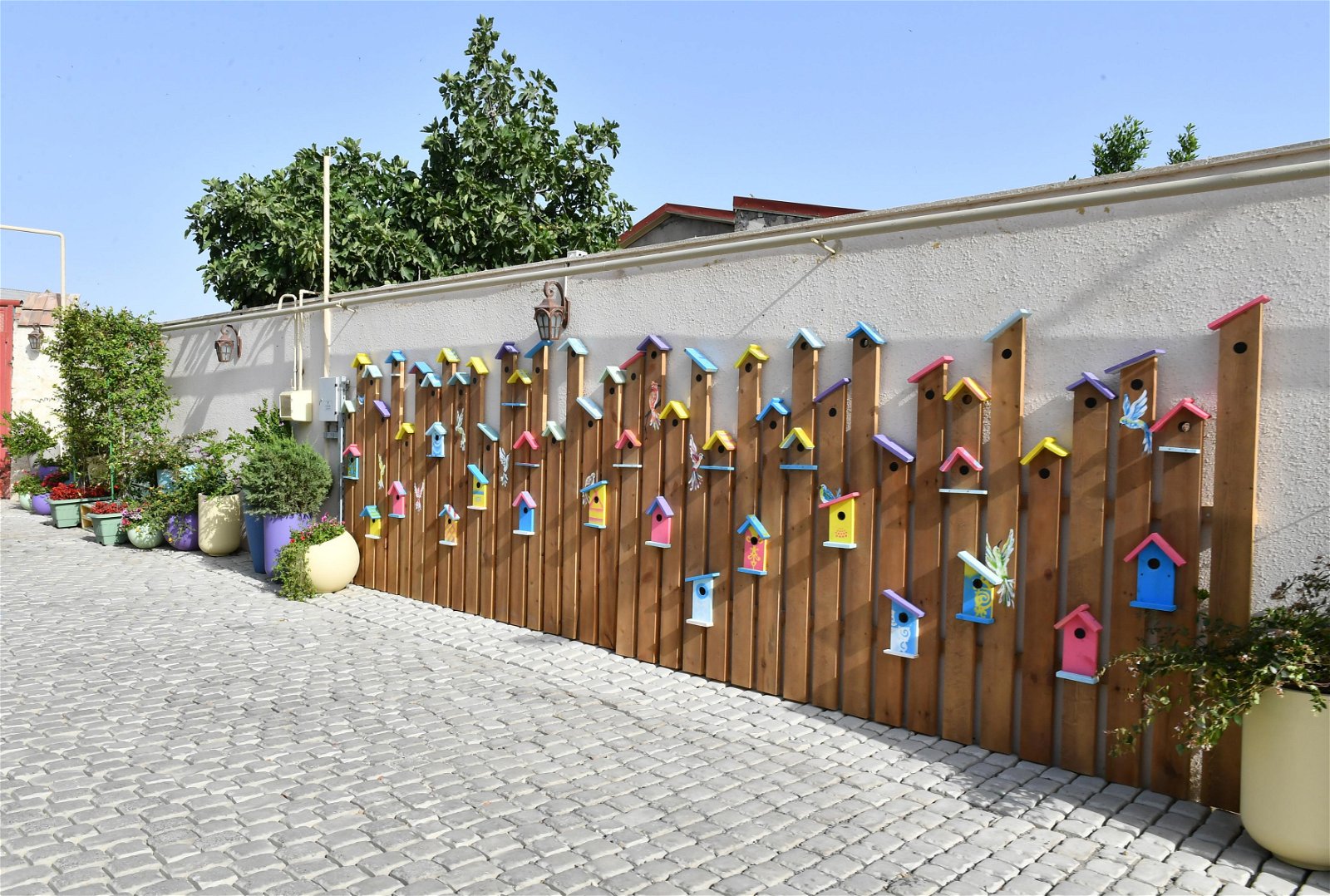 Armenian longing for its French sister

Baku shut the door in front of Macron

Taliban: At least 10 killed by bombing of religious school

Price pressures are slowing down worldwide, but what about the inflation forecast for Azerbaijan?

Azerbaijani Space Agency’s income down by 44%

EU may use frozen Russian assets for Ukraine’s reconstruction

UN: Over five billion people to have inadequate access to water by 2050

Azerbaijan stands up to Iran, with Türkiye’s support

Iranian activist reports on persecution of Turkic women in Iran