A protest demonstration was held on November 28 in front of the National Assembly in Paris against the expected adoption of an anti-Azerbaijani resolution.

As Caliber.Az reports, the protesters - members of the Azerbaijani community - demanded from the French deputies to show justice, say "no" to terrorism, not to sow discord between the peoples and maintain neutrality in the Armenian-Azerbaijani conflict.

The protesters held posters with slogans "We demand justice!", "We say NO to terrorism!", "The National Assembly must be fair!", "France must be neutral to establish peace in the South Caucasus!", "Stop Armenian terrorism!"

To recap, on November 15, the Senate, the upper house of the French parliament, passed a resolution calling for sanctions against Azerbaijan.

Members of Azerbaijan’s diaspora have gathered in front of the National Assembly building in Paris to protest against the biased and unjust resolution against Azerbaijan earlier approved by the structure, which showed that French parliamentarians were toys in the hands of the Armenian lobbyists.

According to Report, the protesters urge French members of parliament to show justice by rejecting terrorism, not feeding conflicts between nations and remaining neutral to the conflict if they are unable to assist in creating peace in the region.

The people attending the demonstration held posters with the sayings "We call for justice!", "We say NO to terrorism!", "National Assembly has to be fair!", "France has to be neutral for the building of peace in the South Caucasus!", "Stop Armenian terrorism!", "Don’t follow Armenian lies!", "End double standards!" and "Don’t support the aggressor-state!".

Pictures of Azerbaijani civilians killed by the Armenian armed forces and the Khojaly genocide could also be seen on the posters, including those of brutally murdered women and children. 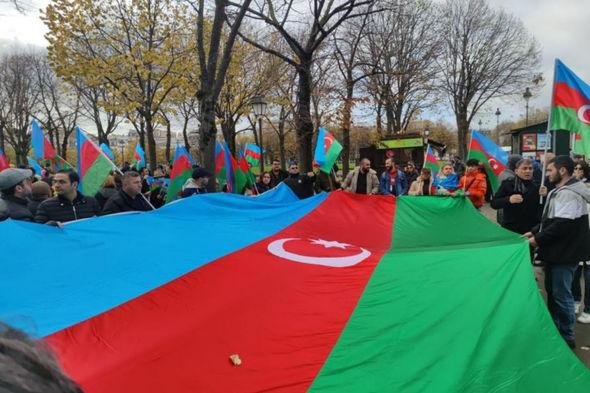 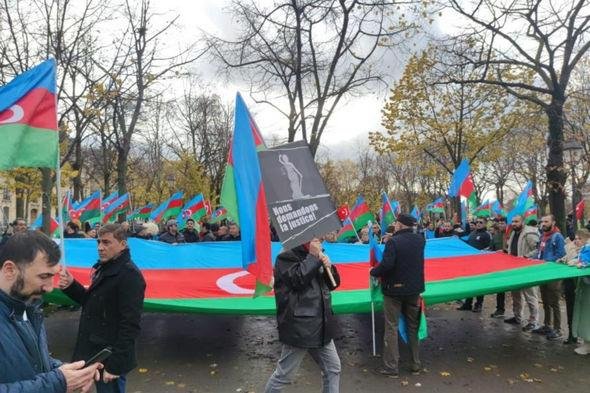 Over 460 killed, 1326 wounded in Syrian earthquake